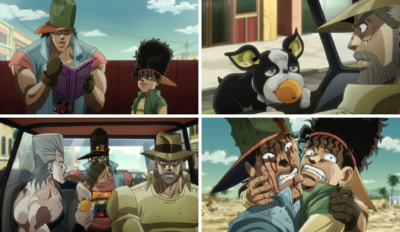 JoJo Sono Chi no Kioku ~end of THE WORLD~ (BD)

"Khnum" Oingo and "Tohth" Boingo (「クヌム神」のオインゴと「トト神」のボインゴ, 'Kunumu-shin' no Oingo to 'Toto-shin' no Boingo)[1] is the fifty-third episode of the JoJo's Bizarre Adventure anime, the twenty-seventh episode of Stardust Crusaders, and the Third episode of Egypt Arc. It covers last few pages of Chapter 189 through Chapter 192 of the manga. 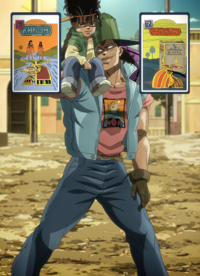 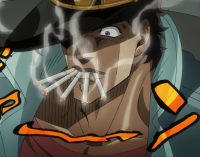 The special ending is an idea I had proposed. It pleased Mr. Omori, the producer, and it came to fruition. Regarding the music, Yugo Kanno managed all of the ending's composition. He really polished it, I find the end result very funny.
”
—Naokatsu Tsuda, Blu-Ray limited edition commentaries