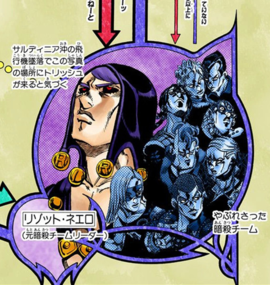 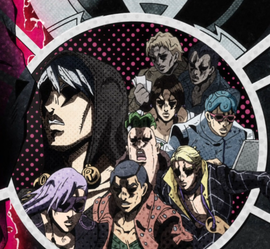 La Squadra Esecuzioni was a team of assassins created by Passione and put under the leadership of Risotto Nero. Its primary role was to carry on various assassinations beneficial to the gang. The members would receive a bonus for each kill, but nothing else, since they were distrusted by the organization[1]