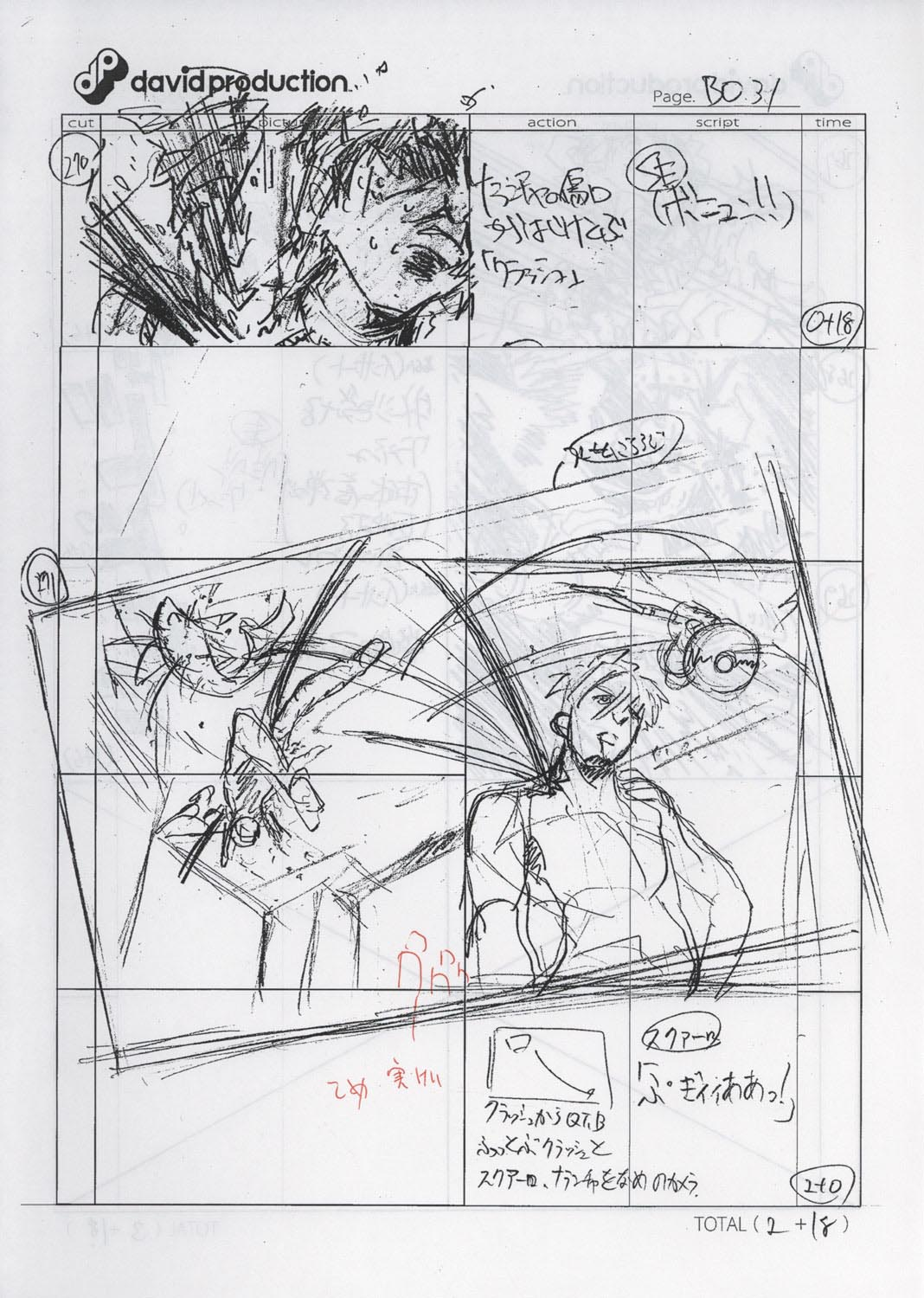 Jiro Fujimoto (藤本 ジ朗, Fujimoto Jirō) is a Japanese animation supervisor credited for his work on the TV adaptation of JoJo's Bizarre Adventure by David Production. He was a storyboard artist and episode director during the first four seasons of the TV anime.

Fujimoto was an episode director alongside Toshiyuki Kato and Hitomi Ezoe during Stardust Crusaders' production. In Diamond is Unbreakable, he was a storyboard artist alongside Naokatsu Tsuda and had a similar role as an episode director. During Golden Wind, he worked as a storyboard artist alongside Hideya Takahashi, Tatsuma Minamikawa, Toshiyuki Kato and Taizo Yoshida.

Fujimoto is an alumni of Nippon Animation

. He is known to be credited through many aliases in the productions he's worked on.[1]