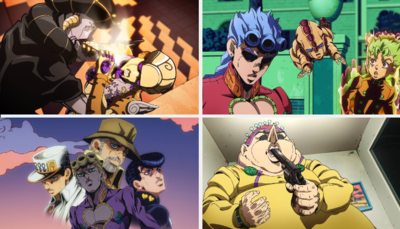 Joining the Gang (ギャング入門, Gyangu Nyūmon)[1] is the fourth episode of Golden Wind and the one hundred seventeenth episode overall of the JoJo's Bizarre Adventure anime. The episode covers from Chapter 451 to Chapter 455 of the original manga.