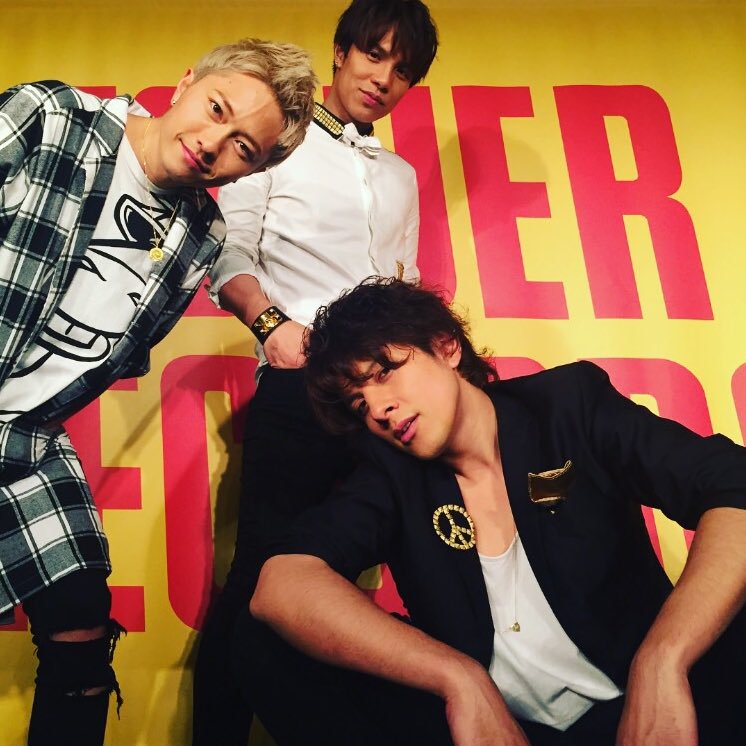 Jun Shirota is a Japanese actor, singer, designer, and model. He was born in Tokyo, Japan and pursued music by learning guitar, bass, and keyboard. He also spent some of his childhood in Spain. After reuniting with a classmate, he formed the band Alma in November 2006 when he was 22 years old. As a model, he was hired by the talent agency Irving.[1] He has acted in the TV shows Joshi Deka! and Fuma no Kojiro.

He dresses with Josuke Higashikata's peace and heart symbols in live performances and photos as THE DU.

His real name is currently unknown. Jeity is a YouTuber with a channel named NOBLEMAN. He was formerly a member of CHROME JACKS, a vocal and dance group. In March 2015, its former members created a new vocal and dance trio called CHROME belonging to an entertainer group led by Jun Shirota.[2]

He dresses with Okuyasu Nijimura's $ symbol in live performances as THE DU.

Taisuke Wada is a Japanese actor, dancer, singer, and model from Tokyo, Japan. Since 2003, he's learned various types of dances including rock, hip hop, house, ballet, and jazz. In May 2010, he joined the J-Pop group DIAMOND☆DOGS.[3] He was an actor in Tenimyu, a series of live action stage musicals for The Prince of Tennis.

Since Jun is "Josuke" and Jeity is "Okuyasu", Taisuke takes the role of Koichi Hirose when they are together as THE DU.

In the end of 2016, they returned as JO☆UNITED among Hiroaki "TOMMY" Tominaga, Coda, Jin Hashimoto, batta, Karen Aoki, and Daisuke Hasegawa to sing Great Days -Units Ver.-, featured in the final episode of Diamond is Unbreakable.