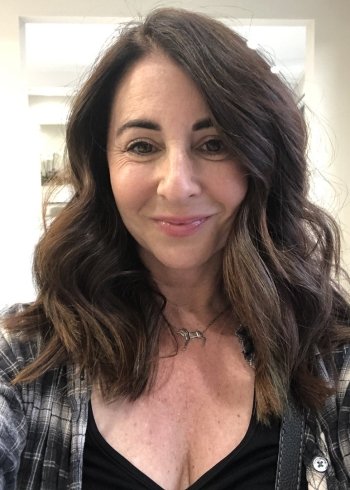 Michelle Ruff is an American voice actress. She is credited for her work as the voice for the character Erina Pendleton in JoJo's Bizarre Adventure: The Animation's English dub.

She is also well known for her roles as Cream the Rabbit in the Sonic the Hedgehog series, Rukia Kuchiki in Bleach, in Fujiko Mine Lupin The Third, Yoko Littner in Gurren Lagann, Yuki Nagato in The Melancholy of Haruhi Suzumiya and Jill Valentine in the Resident Evil series.

Michelle Ruff was born in Detroit, Michigan, in 1967. As she studied in Michigan State University, she worked at a talent agency and attended a radio audition, which was her first experience in voice acting.[2] Ruff then went to Chicago where she studied with The Second City, The Players Workshop and iO Theater.[3] Ruff finally went to Los Angeles and worked on looping and voice work for films and TV shows. She explains that Richard Epcar, Steve Kramer and Michael Sorich trained her to dub anime.[4]

In 2007, Ruff received two nominations for the American Anime Awards, one for Best Actress as Rukia Kuchiki in Bleach and the second as Fujiko Mine in Lupin the 3rd, and one for Best Actress in a Comedy as Fujiko Mine inLupin the 3rd.[5] In 2009, Ruff received an SPJA Industry Award for Best Voice Actress from the Society for the Promotion of Japanese Animation for her work as Rukia Kuchiki in the Bleach movie Memories of Nobody.[6]