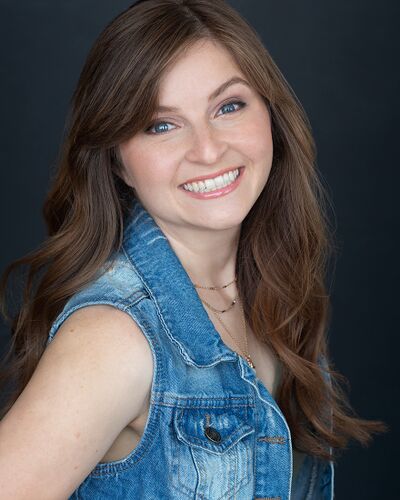 Lizzie Freeman is an American voice actress. She is credited for her work as the voice actress for the character Trish Una in JoJo's Bizarre Adventure: Golden Wind's English dub.

She is also well known for her roles as Kotoko Iwanaga in In/Spectre, Felicia Mitsuki in Magia Record: Puella Magi Madoka Magica Side Story, Chizuru Mizuhara in Rent-A-Girlfriend and Sabrina in Pokémon Masters.

Lizzie Freeman was born in 1992 in Oklahoma City. She has been acting since 2009 when she was cast as a beggar in her high school's production of "Les Misérables". She lives in Los Angeles since 2016.[2]

Freeman majored in Theatre Education in the Utah Valley University in 2013. Her earliest role was in the video game Dust: An Elysian Tale as Bopo in 2012. She's since then voiced dozens of characters in video games and animated series.[3]