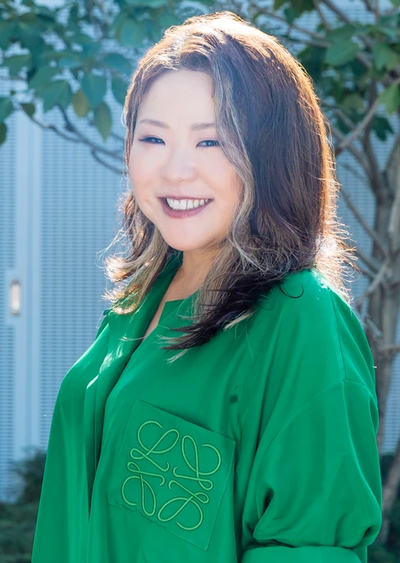 Shoko Fujibayashi (藤林 聖子, Fujibayashi Shōko) is a Japanese lyricist who has written the lyrics for several openings in the anime adaptation of JoJo's Bizarre Adventure. She has worked on the first, third, fourth, ninth, tenth, and eleventh openings of the series.

She is also popular for writing the lyrics of many Kamen Rider theme songs, One Piece openings such as the iconic "We Are!", songs for artists such as GACKT, Nana Mizuki, Namie Amuro, Ken Hirai, BIGBANG, BTS, and many more.

Fujibayashi was born in Yamagata City on February 18, 1972. She graduated from Nihon University Yamagata Senior High School and from the Department of Japanese Literature at Nihon University Junior College.[1] She was inspired by Yasushi Akimoto when she was in elementary school, which is when she learned about the "lyricist" profession. A chance encounter with another lyricist while she was a student led her to pursue her career.[3] Fujibayashi debuted as a lyricist in 1995, writing the lyrics for the song "Angel Flower" in the Lord of Lords: Ryu Knight soundtrack.

Fujibayashi writes lyrics for around 100 songs per year. Her fans call her a "prophet" because her lyrics for theme songs often tend to foreshadow future plot developments.[1] She is known for her unique choice of words and her skill in incorporating Japanese words to R&B and hip-hop music without ruining the song's groove.[2]

In 2012, Fujibayashi tweeted that Sono Chi no Sadame is really addictive.[4] She had difficulty writing the lyrics for JoJo Sono Chi no Kioku ~end of THE WORLD~ because there were many elements she wanted to include, and she knew fans were deeply attached to the series.[3] Fujibayashi stated that when writing lyrics for JoJo songs, she reads the manga while inserting sticky notes on scenes she thinks would be interesting to reference or dialogue that could become keywords in the song.[5]