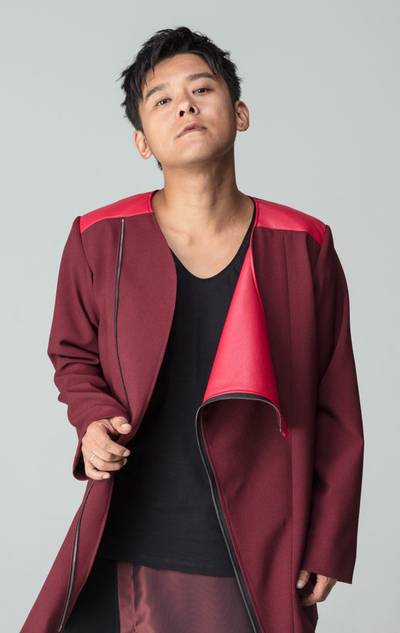 Kazusou Oda (小田 和奏, Oda Kazusō), better known as Coda, is a Japanese singer-songwriter, composer and sound producer. Born and raised in Hiroshima, Japan, Coda was originally the vocalist of the Japanese rock band, No Regret Life, before going under a pseudonym to perform "BLOODY STREAM", the second opening for JoJo's Bizarre Adventure: The Animation.

Kazusou Oda was born in Hiroshima, Japan. Influenced from a young age by his father, a music teacher, Oda learned the basics of classical music and dabbled with various instruments such as the piano, trumpet, recorder, etc.[1]

In January 2001, Oda formed the band No Regret Life with Ryuta Hashiguchi in Kagoshima Prefecture, though the line-up wasn't finalized until the inclusion of Genta Matsumura later that year. The band went on to perform all over the country, eventually releasing their album “Tomorrow Is The Another Day” in November 2002. All the members of the band moved to Tokyo in 2004 in order to concentrate fully on their musical career.[2]

In February 2005, No Regret Life made their first major debut with their single "Melody" under the Sony Music Associated Records label. 4 months later in June, they released their second single "Lost Word," which was used as the 9th ending theme of the Naruto TV series.

In 2011, No Regret Life left Sony and established their own label under the name Spiral-Motion. At this point, Oda would begin assisting and managing other bands. The band would go on to release 5 full albums, 4 mini albums and 7 singles before their separation in 2013.

Oda made his solo debut under the name "Coda" with his single "BLOODY STREAM". The song, written by Saori Kodama and composed by Toshiyuki O'mori, was used as the second opening theme for the 2012 anime adaptation of JoJo's Bizarre Adventure. In its first week of sales, "BLOODY STREAM" sold 21 thousand units, reaching the number 4 spot on the Oricon's Weekly Album Charts.[3][4][5]

Coda would later perform "JoJo Sono Chi no Kioku ~end of THE WORLD~" under the group name "JO☆STARS" alongside Hiroaki "TOMMY" Tominaga and Jin Hashimoto.

The second album of the The anthology songs collection features songs sung by Coda such as "Goodbye Nostalgia", "IGGY WALK", and "Crazy my Beat".

On December 24, 2016, a collaborative version of "Great Days" was released and featured in the final episode of Diamond is Unbreakable. They used the pseudonym JO☆UNITED and Coda was one of the singers among Hiroaki "TOMMY" Tominaga, JIN, THE DU, batta, Karen Aoki, and Daisuke Hasegawa.

His single, "FINDING THE TRUTH", is used as the ending theme of the Thus Spoke Kishibe Rohan OVA. It's notable as CODA's first foray in English singing.

Coda's latest work is "Fighting Gold," the first opening of JoJo's Bizarre Adventure: Golden Wind. The CD single was released on November 14, 2018, along with access on popular song streaming platforms.

In late 2019, he formed a band with bassist Ryosuke Tanaka and drummer Yousuke Omiya a.k.a. HAZE and himself on piano and vocals called "Coda Piano Trio", performing acoustic jazz-inspired covers of various JoJo's Bizarre Adventure theme songs. The first release was "ebony & ivory", featuring covers of songs he performed for the anime. Its follow-up album Coda Piano Trio features all theme songs from the anime, including several songs from the The anthology songs EPs.