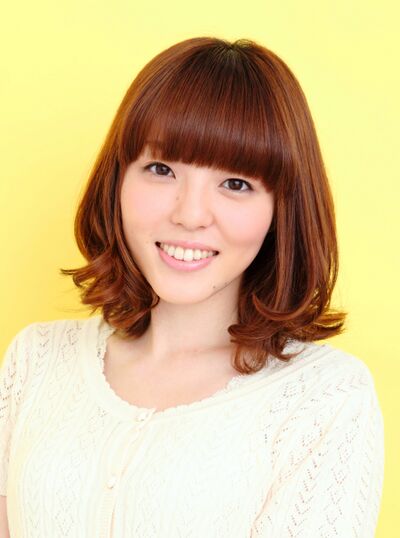 Diamond is Unbreakable
“
When I read the final battle in the manga—I was taken aback—I had no idea it would end like this. I hope you'll share the same enthusiasm and fun I had watching the anime, too.
”
—Sayuri Hara, Jump Festa 2017

Sayuri Hara (原 紗友里, Hara Sayuri) is a Japanese voice actress. She is credited for her work as the voice actor for the character Reimi Sugimoto in Diamond is Unbreakable.

She is also well known for her roles as Luna in KonoSuba, Mio Honda in The Idolmaster Cinderella Girls, Mika in Love Live! and Chiaki Ōgaki in Laid-Back Camp.

Sayuri Hara was born in 1988 in Tokyo. She participated in the 2nd 81 audition and won the Excellence Award.[4] She's affiliated herself with 81 Produce since October 2009.[5] Hara's debut work was in the TV animation is the role of "Specular Ex Machina" in Tower of Druaga ~ the Sword of URUK ~.

On July 30, 2010, Hara, Kana Asumi and Azusa Kataoka, who belong to the same agency, formed a voice actor unit "LISP", Hara was nicknamed Sayu Sayu by lottery. The group's activity were suspended in 2011. From September 26, 2016 to January 26, 2020, Hara produced the radio program "Sayuri Hara, Shiho Kobayashi" Performance-Enshabe! -” alongside her fellow actor and friend Shiho Kobayashi.