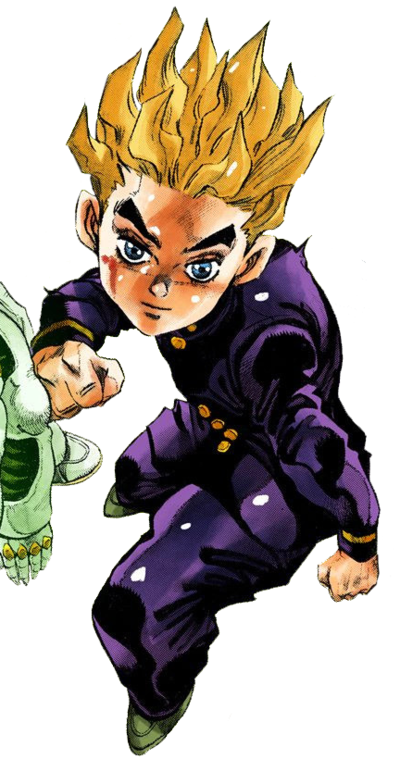 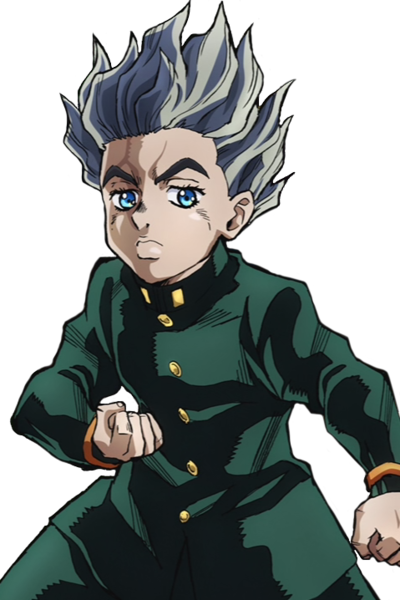 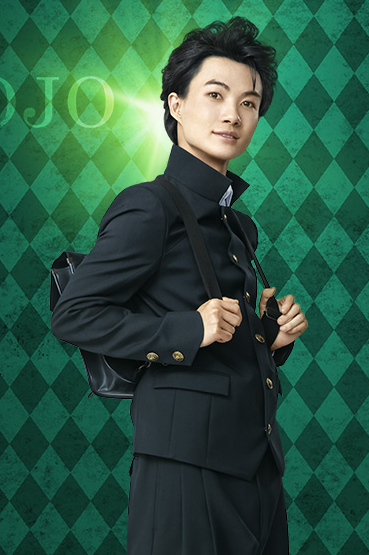 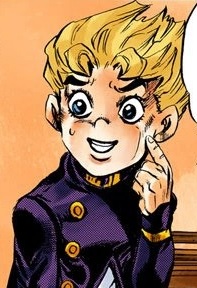 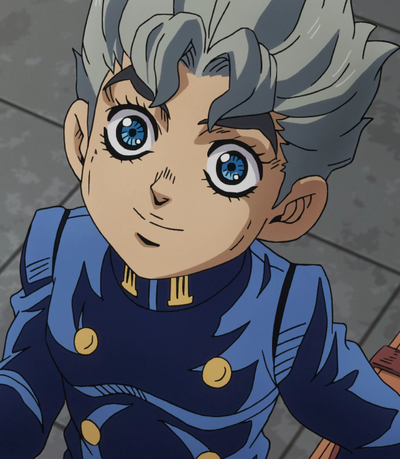 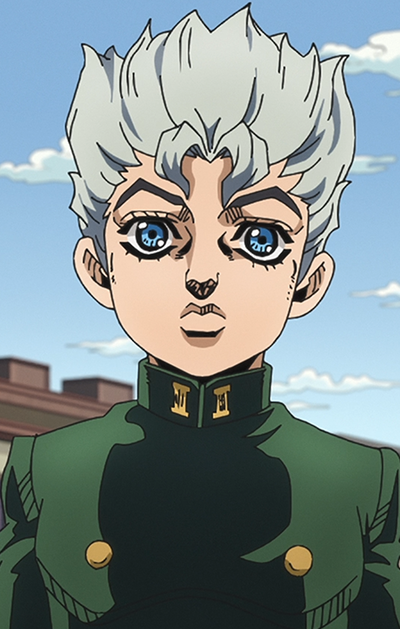 GioGio's Bizarre Adventure
All-Star Battle (Playable)
For other usages of the name "Koichi", see the disambiguation page
“
Why do I have to regretfully run away in fear like "Please, God, save me" just because of some serial killer? Shouldn't it be the other way around?!
”
—Koichi Hirose, Chapter 358: Sheer Heart Attack, Part 5

Koichi Hirose (広瀬 康一, Hirose Kōichi) is a primary ally featured in the fourth part of JoJo's Bizarre Adventure, Diamond is Unbreakable. He appears briefly as a tertiary ally in the fifth part, Vento Aureo, assisting Giorno Giovanna in the fight against Polpo's Stand, Black Sabbath. Koichi is also the protagonist of the light novel The Book: JoJo's Bizarre Adventure 4th Another Day.

Koichi is a meek first-year highschooler who finds himself embroiled in the world of Stand Users as he befriends Josuke Higashikata. He eventually becomes a Stand User himself and wields the sound-manipulating Stand, Echoes, becoming more courageous in the process.

Heaven's Door reveals that Koichi was born prematurely weighing only 2325 grams (5 lbs 2 oz), and was kept in intensive care for 7 days.[9] 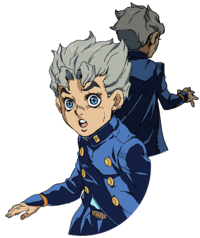 In Vento Aureo, Koichi is depicted even shorter than in 'Diamond is Unbreakable' (90 cm (2 ft 11 in) in the anime).[5] His gakuran now features a much longer double-breasted jacket adorned with metallic wristbands and the Roman Numeral for three (III) on each side of his collar.

One of Koichi's constant traits is his friendliness and overall politeness toward any stranger and acquaintance. Having a gentle heart, Koichi usually doesn't seek to harm his opponents, notably having saved Yukako from death even though she wanted to kill him before,[10] and briefly fighting Giorno Giovanna without the strength to kill, which inadvertently saved him.[11] However, Koichi's friendliness disappears on the rare occasions he is angered, and he becomes more abrasive, violent and vulgar.

Complimenting his childlike appearance, Koichi also possesses a rather cheerful personality. He finds wonder in the littlest and most mundane things (such as his new bike,[12] a famous mangaka living in town,[13] finding an error in a map,[14] etc.), and has little trouble befriending people. Because of this, he is usually easily pressured into an interlocutor's demands, such as Tamami Kobayashi effortlessly extorting him,[12] or Rohan pushing him into spending time with him.[14] Much like any ordinary teenager, Koichi is interested in more accessible distractions. He is a great fan of Rohan Kishibe's manga Pink Dark Boy[13] and plans to visit Disneyland Paris but expresses no interest in "old" countries such as Italy.[15]

Another one of Koichi's primary characteristics is his courage and associated virtuousness. As revealed by Heaven's Door, Koichi is described as cowardly, but courageous when push comes to shove.[16] True to that assertion, Koichi is very prone to express anxiety, fear, and despair at various setbacks, such as his battles against Yukako,[17] Rohan[18] or Sheer Heart Attack. Terunosuke states that when Koichi is scared he blinks twice.[19] In addition, Koichi mentions during the Atom Heart Father arc that he has claustrophobia.[20] Still, Koichi soldiers on and braves danger despite his fears.

Initially weak-willed, acquiring a Stand and fighting others made him more confident in himself and assertive, going from being bullied by upperclassmen to facing down and taunting Yoshikage Kira while on the verge of death.[21] By Vento Aureo, Koichi has grown into a confident youth who, while still prone to bouts of panic, could enter a Stand fight without qualms.[22]

After a difficult start in his relationship with Yukako, due to her kidnapping Koichi,[23] he eventually fell in love with Yukako's tough and unforgiving personality. His love was such that he was willing to be blinded forever in case Yukako became ugly, so as to ease her pain.[24] 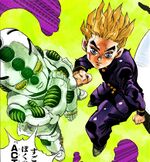 Koichi also regularly uses ACT1 as a scout, using its great range of 50 meters to watch his surroundings.[25][26]

The information below derives from 4th Another Day which was not written by Araki. As such, it may not be considered canon.
[skip section]
Concludes non-canon section.

Koichi is confronted by Yoshikage Kira