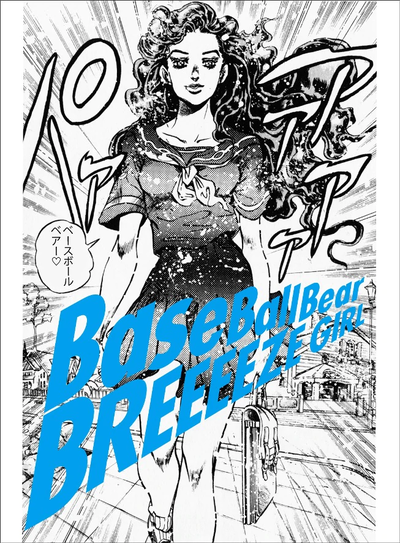 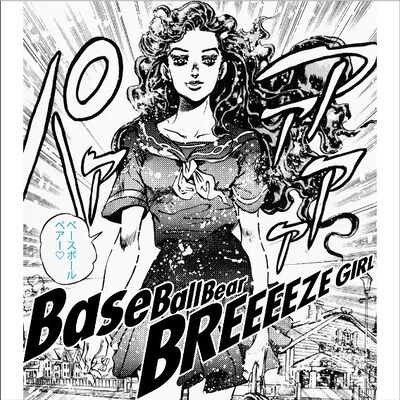 June 24, 2009
"BREEEEZE GIRL" is the tenth single released by Base Ball Bear, originally released on June 24, 2009. The single's cover artwork is an illustration of Yukako Yamagishi from Diamond is Unbreakable, and its music video also features a live-action version of the character.

The reason why Yukako Yamagishi was chosen for the cover was because Yuichi Kodama, a long-time music video director for Base Ball Bear, showed an A4 copy of a panel of Yukako to vocalist Yusuke Koide while they were discussing one of the lyrics of "BREEEEZE GIRL".[1][2] The lyric describes a "masterpiece of a girl with black fluttering hair," which Koide was surprised to see fit the scene of Yukako perfectly.[2] Seeing as there weren't any of other images they could use, he ended up asking Araki if they could use his illustration for their cover.[1][2] After Araki approved, they begun designing the cover for the single. The limited edition version of "BREEEEZE GIRL" also featured a taller case and was titled "Deluxe Love Cover" (デラックス・ラブ・ジャケット, Derakkusu Rabu Jaketto), named after Yukako Yamagishi's Stand Love Deluxe.[1]

The music video consists of a woman (presumably Yukako), portrayed by the model Saya Ichikawa in a school girl's uniform walking in slow-motion on a rooftop. As she walks forwards with an impassible expression on her face and begins to run, an increasing number of male students can be seen being thrown backwards as if they were blown away by the wind. Finally, the woman can be seen playing the guitar while the sky is filled with male students. The clip is mixed with footage of the band performing the single in front of stacks of transport pallets. At the end, the woman joins with the group and one of the musicians is also blown in the air.[3]

The music video was also included as a bonus DVD in the limited edition version of the single.[2]