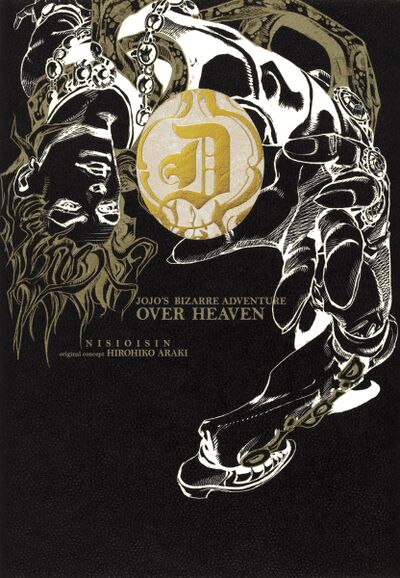 JOJO'S BIZARRE ADVENTURE OVER HEAVEN is a light novel written by Nisio Isin with illustrations drawn by Hirohiko Araki. It was released as part of the special JoJo 25th anniversary project "VS JOJO."

The book is written and presented as the lost transcript of DIO's Diary, as briefly seen in Stone Ocean. In the book, DIO reflects upon his present and past, describing his ideals and plans for obtaining Heaven.

The fictitious translator of the diary comments on his reasons for restoring and decyphering DIO's diary: The Speedwagon Foundation had requested that the book be restored in order to find a way to free Jotaro Kujo from his current comatose state. The translator confesses that his work is motivated mainly by his fascination with learning about the thought process of Dio Brando, in addition to the book's secrecy. The translator then comments on the difficulties faced during the restoration and decyphering of the book, incidentally revealing that Josuke Higashikata was responsible for its near-complete restoration. Most of the proper nouns throughout the book were decyphered by comparing their context to the facts surrounding Dio's life. The translator ultimately decided to translate Dio's idiosyncrasies and theories literally, leaving their interpretation to the reader. 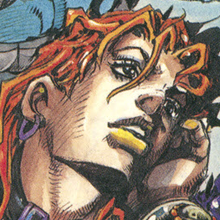