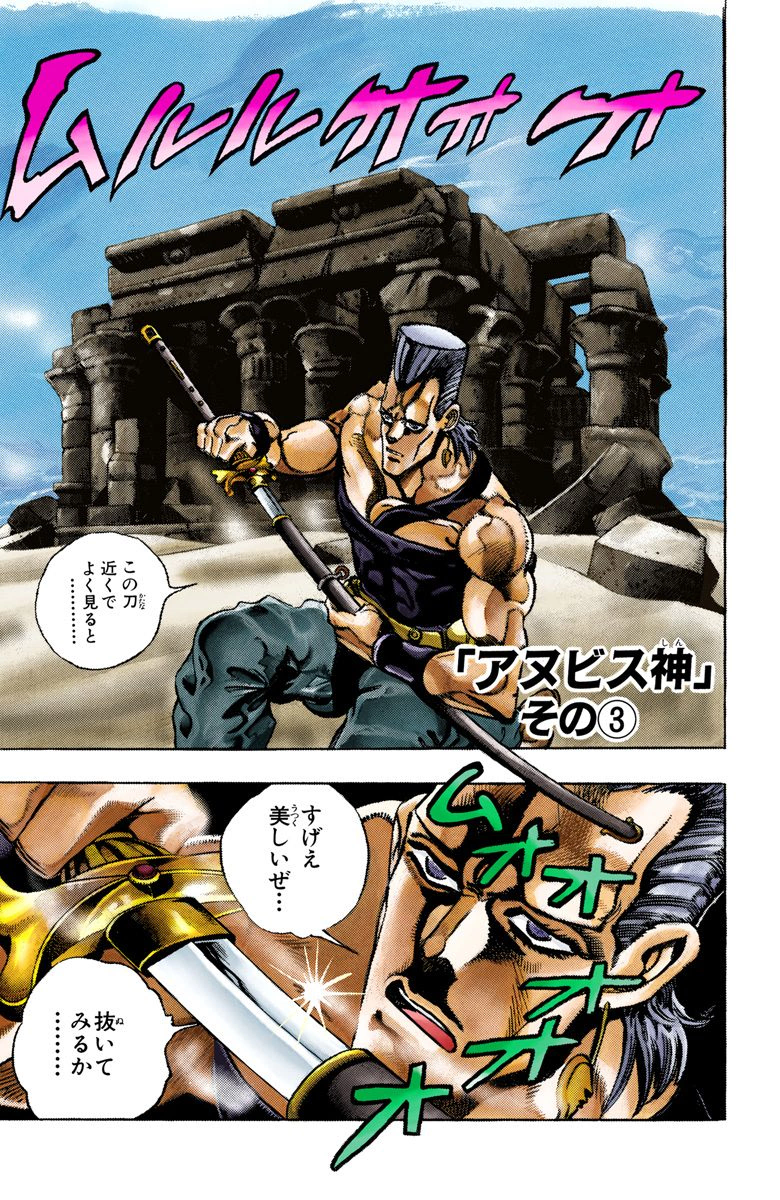 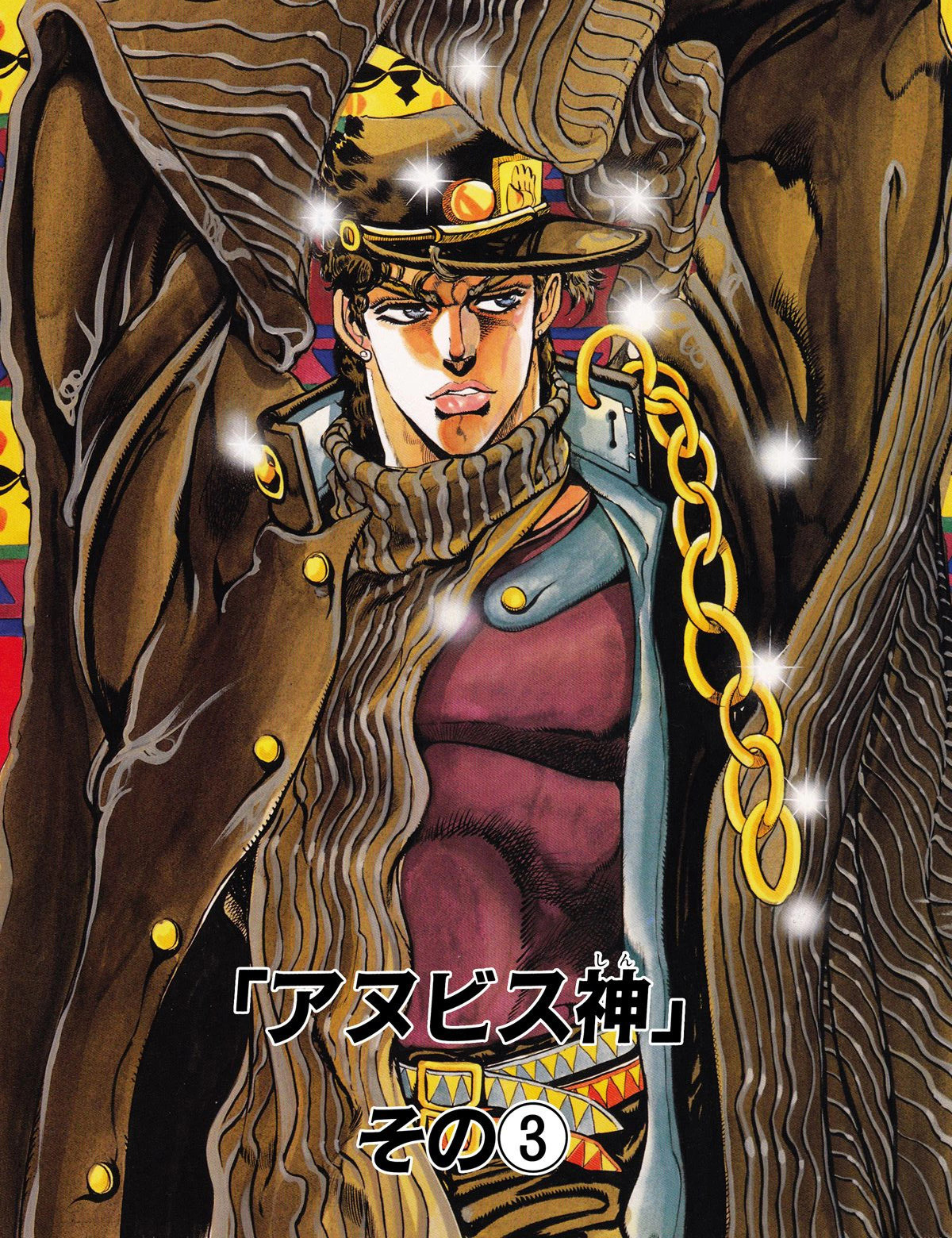 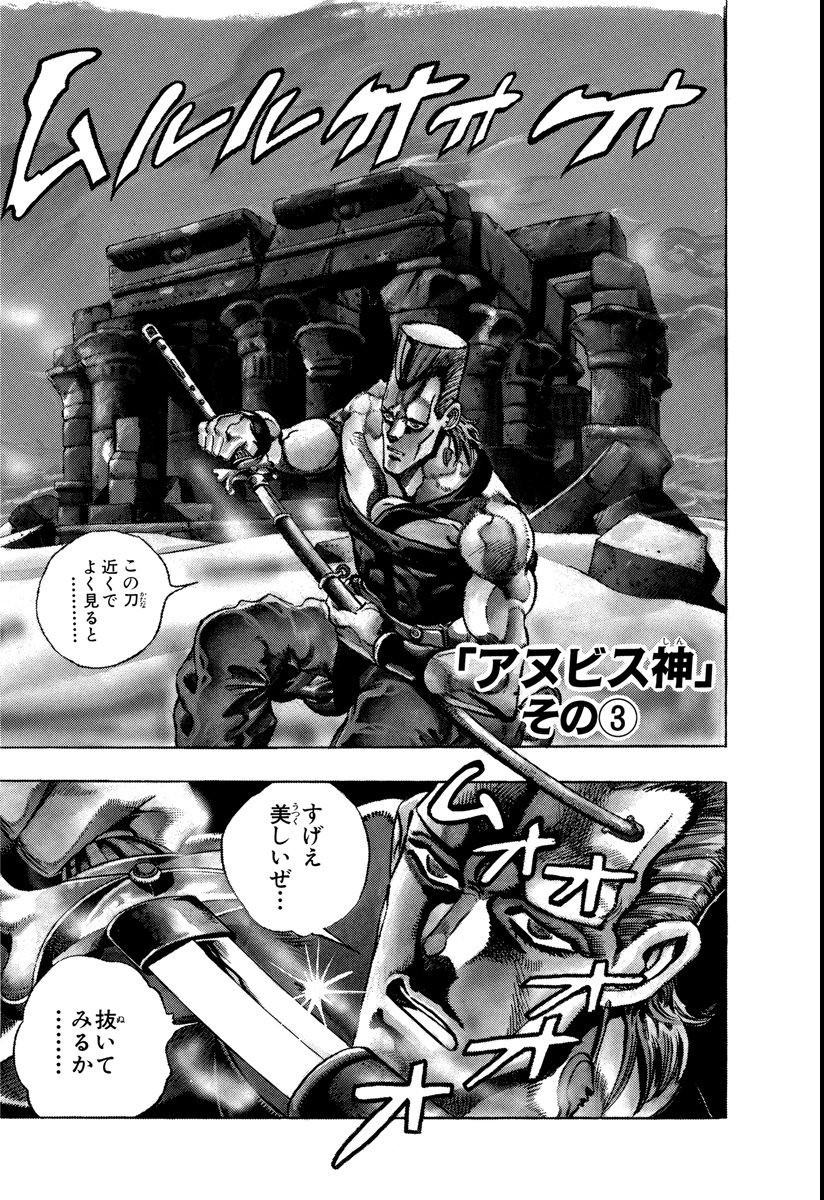 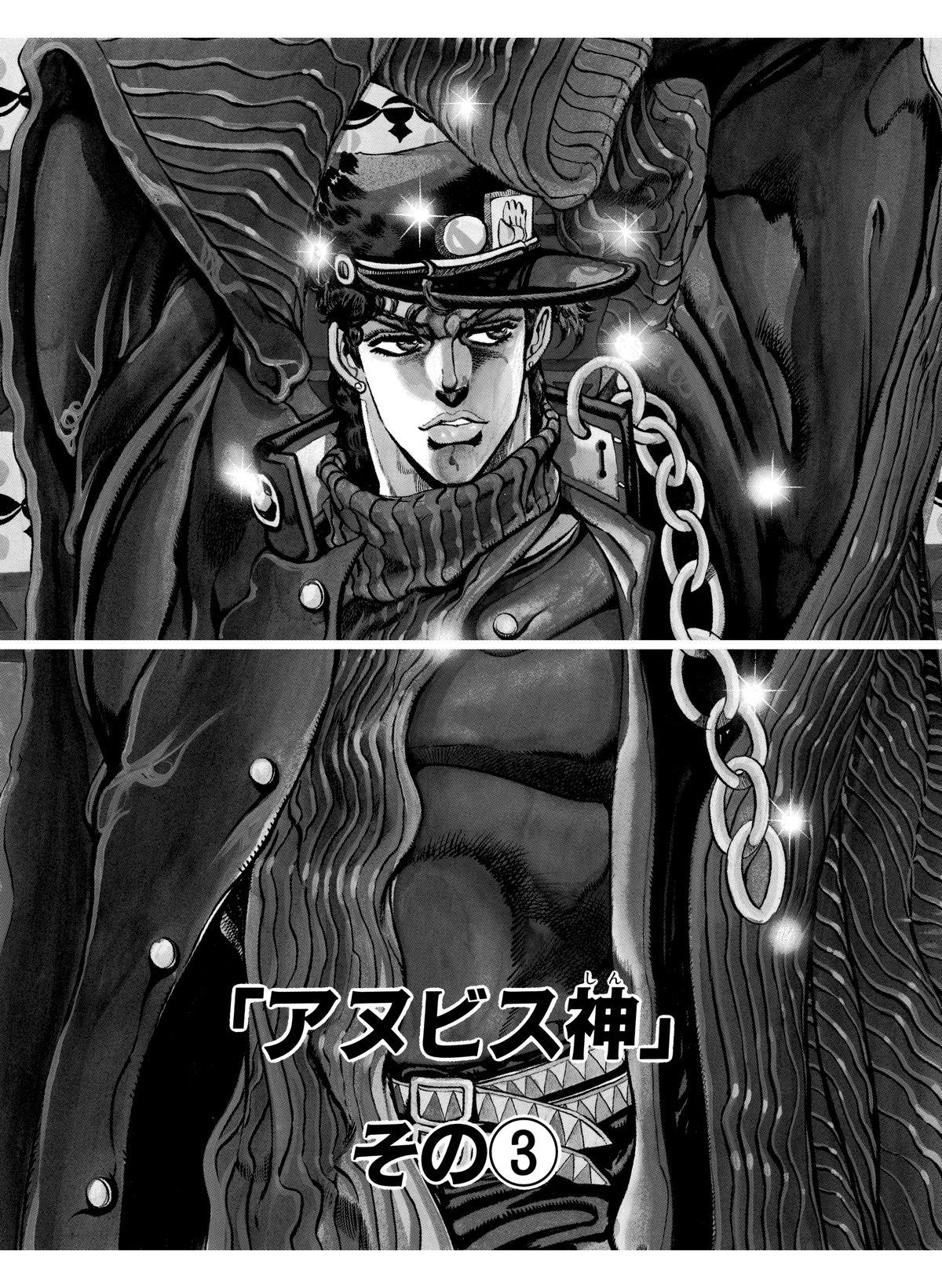 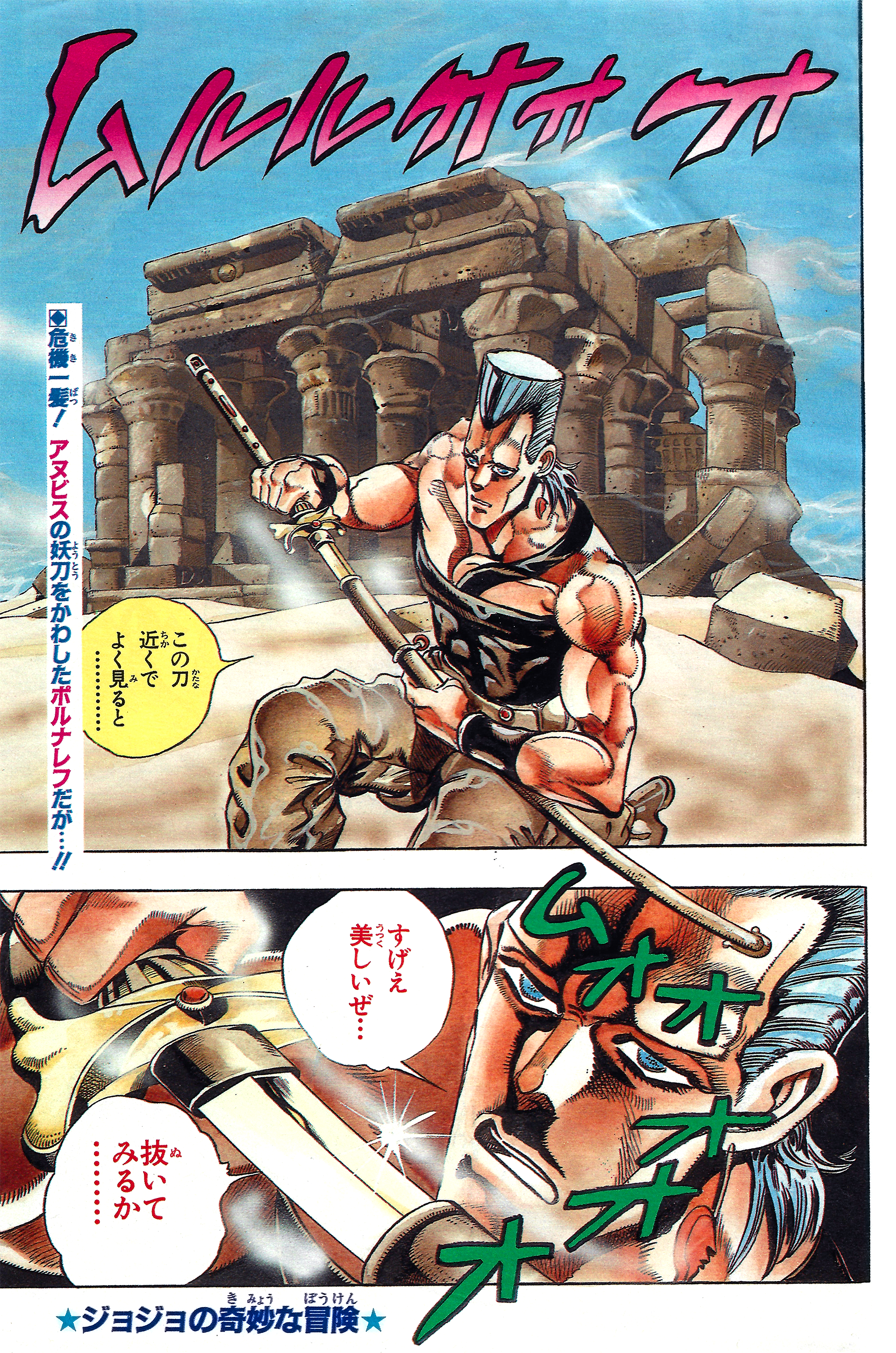 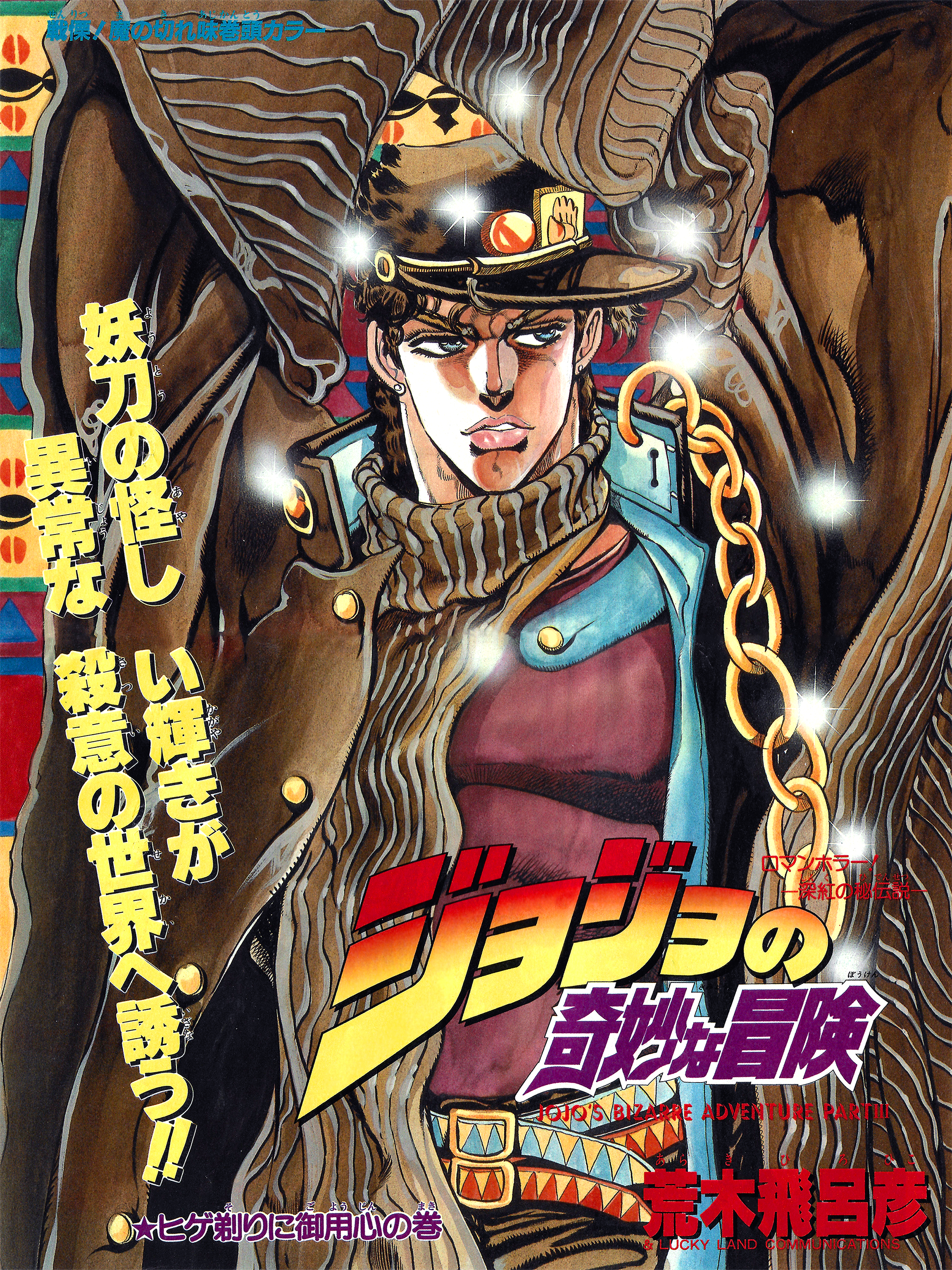 Polnareff begins unsheathing Anubis and almost succumbs to its will, however, Jotaro and the others find him and he quickly returns the sword to its sheath. Polnareff confidently tells them about his fight with Chaka. Polnareff tries to pick up the sword but notices that a group of mice is carrying it away. Polnareff grabs it from them, and the group continues on their journey. Polnareff tries to once again unsheathe the sword, but this time the blade refuses to eject.

In Edfu, Jotaro and Polnareff enter a barbershop where Polnareff decides to get a shave. Jotaro asks why Polnareff brought the sword with him to which Polnareff responds that he plans to give it to the police, as it would have been dangerous to leave it at the temple. Upon request, the barber, Khan, takes the sword from Polnareff. Polnareff closes his eyes in preparation for the shave, and Jotaro falls asleep from boredom. Khan begins shaving Polnareff but uses the blade of Anubis instead of a razor. Polnareff opens his eyes to see that Khan is about to slice open his throat. Polnareff dodges and escapes from the barber's chair and the ruckus causes Jotaro to wake up. Polnareff realizes that the sword itself is the Stand and that it is possessing the barber. Silver Chariot tries to block Anubis' strike, but Anubis overpowers him stating that he cannot lose to the same opponent twice.