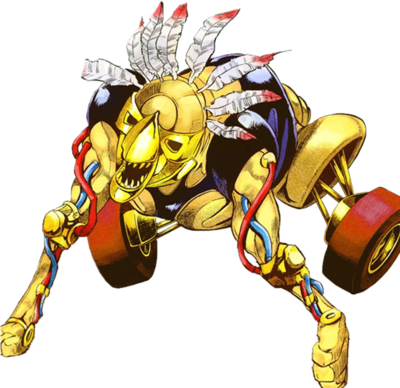 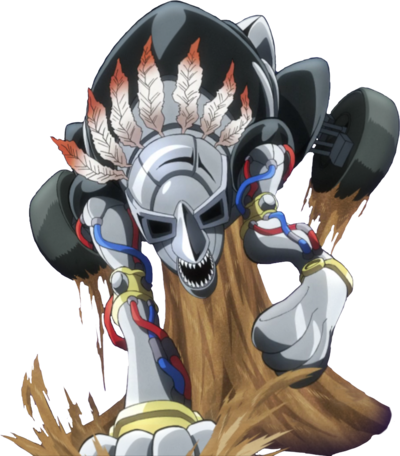 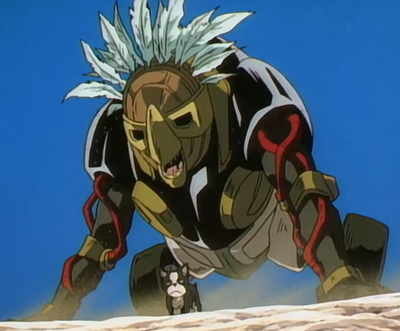 The Fool (ザ・フール（愚者）, Za Fūru) is the Stand of Iggy, featured in the third part of the JoJo's Bizarre Adventure series, Stardust Crusaders.

The Fool is a Stand bound to a mass of sand that usually bears the appearance of a mechanical beast. Iggy wields The Fool to create sand constructs in battle. 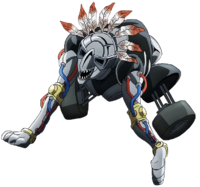 The Fool does not have an actual psychic manifestation (i.e. it is not normally visible), but instead takes its form by manipulating sand and dust particles in the environment (and as such, it is one of the few Stands truly visible to everyone, not only to Stand users). It is, for all intents and purposes, simply bound to sand, being a construct of sand and dirt. However, because it is controlled by Iggy, it can take on several different forms, depending on what Iggy wants.

The main form it takes (and is possibly its true appearance) is that of a mechanical, quadruped creature, combined with something like a car chassis, with thick wheels for hind legs, and pawed mechanical front legs equipped with two to three cables, each linking the paws to the body. Its head and face are comprised of a growling tribal mask with eight feathers sticking out from its head.

The Fool's design is a mix of a dog and a car with added Native American elements.[1] 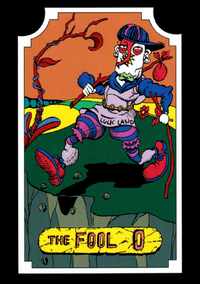 This Stand represents the tarot card The Fool, which represents innocence and spontaneity.

As a Stand with a basic-but-versatile power, The Fool is described as the epitome of "the simplest way is the best way".

The Fool manifests itself as a pile of sand that Iggy manipulates.

The Fool is a Stand of sand

Despite its straightforward nature, The Fool is remarkably powerful. Much like Muhammad Avdol's Magician's Red, Iggy is free to manipulate the sand as he sees fit and the sand doesn't behave like normal sand, being immune to being soaked for instance or changing density to trap an object inside it.

As The Fool is only bound to the sand it manipulates, it cannot be harmed in any way (attacking it would just mean attacking a pile of dirt), and as such, Iggy cannot and will not be harmed if the Stand is attacked.