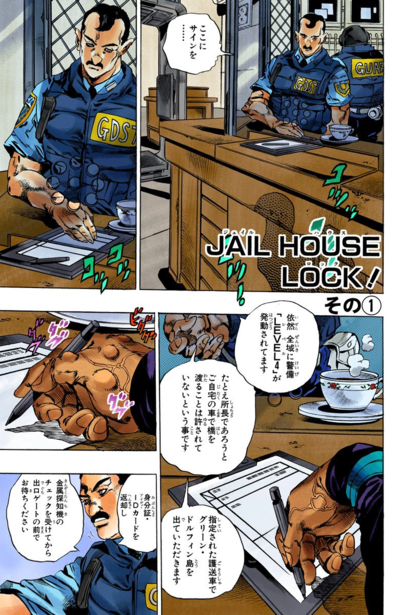 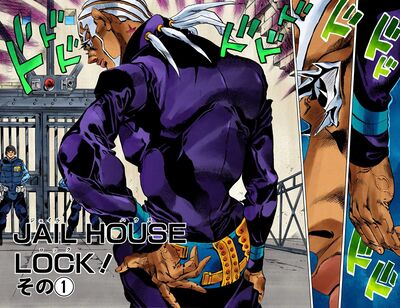 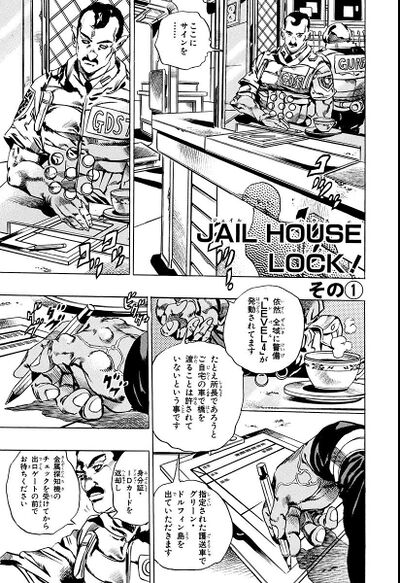 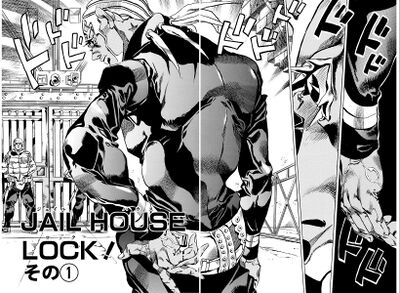 A guard is seen giving directions about the prison and its new regulations. Pucci passes by the guards easily, his appearance altered slightly. Before Pucci exits the prison, the guard comments that his hair has grown longer. A tiny handprint is seen on the guard's teacup. A flashback to Jotaro reading DIO's Diary is seen playing in the reflection; the reflection depicts how to achieve Heaven. It demands an exact location, where Pucci is planning to travel to.

Emporio is seen trying to speak to Jolyne through the grate in her cell. Jolyne declares that she wants to escape the prison, to Emporio's surprise and disbelief. She says that she'll call the Speedwagon Foundation later. Emporio tells Jolyne that she doesn't understand the situation, then explains that even if she can get to the visiting rooms, powerful Stand users haven't been able to pass "Hell's Gate". He adds that there is one "true" guard, and that nobody knows what it is. Jolyne asks when the next full moon is, but Emporio just sheepishly replies that he can't help and runs back into his ghost room. A mysterious woman is seen walking down the hallway with her Stand.