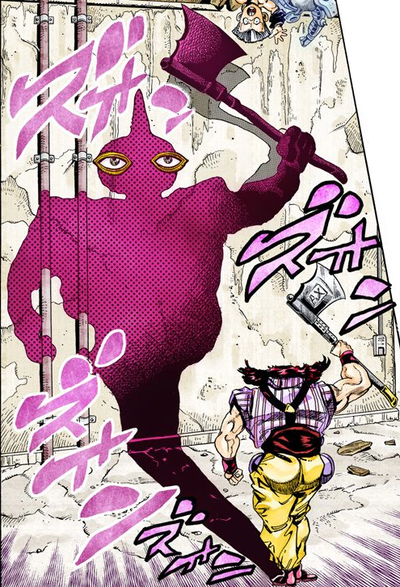 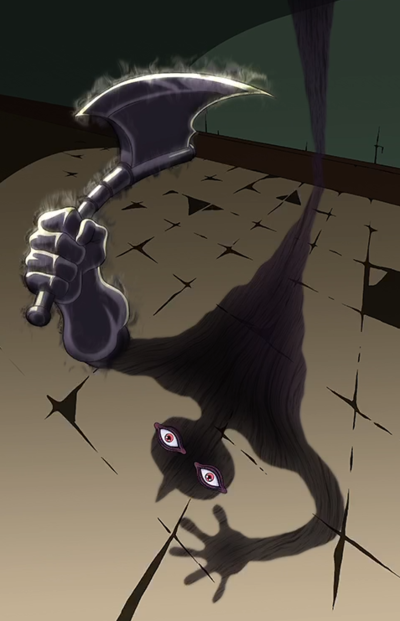 Sethan (セト神, Seto-shin) is the Stand of Alessi featured in the third part of the JoJo's Bizarre Adventure series, Stardust Crusaders. It manifests itself within Alessi's shadow and takes on the appearance of a humanoid with a bird-like head. Anyone who touches it will be de-aged.

Sethan is bound to Alessi's shadow, taking its form but with a distinguished shape, the most prominent feature being its round head, a pointed crest, and large eyes. If the shadow is sideways, Sethan's cruel, jagged beak is revealed.[1] Its design is based on the opening of the Tetsujin 28-go anime, as well as the Nazca geoglyphs.[2]

In the colored manga, Sethan's shadow is magenta. In the anime, it is portrayed as black.

Sethan represents the Egyptian God of chaos and storms, Sethan. 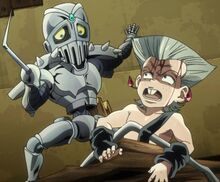 Polnareff and his stand de-aged

The mind of the target also ages backward, leading their memories to progressively degrade into vague recollections of things they only knew as an adult (like names of friends or how to manifest a Stand).[3]