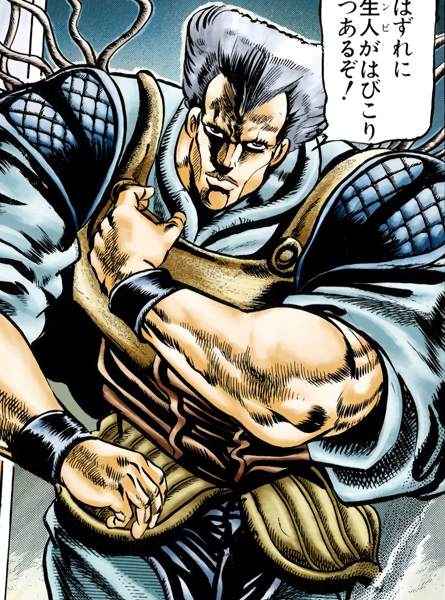 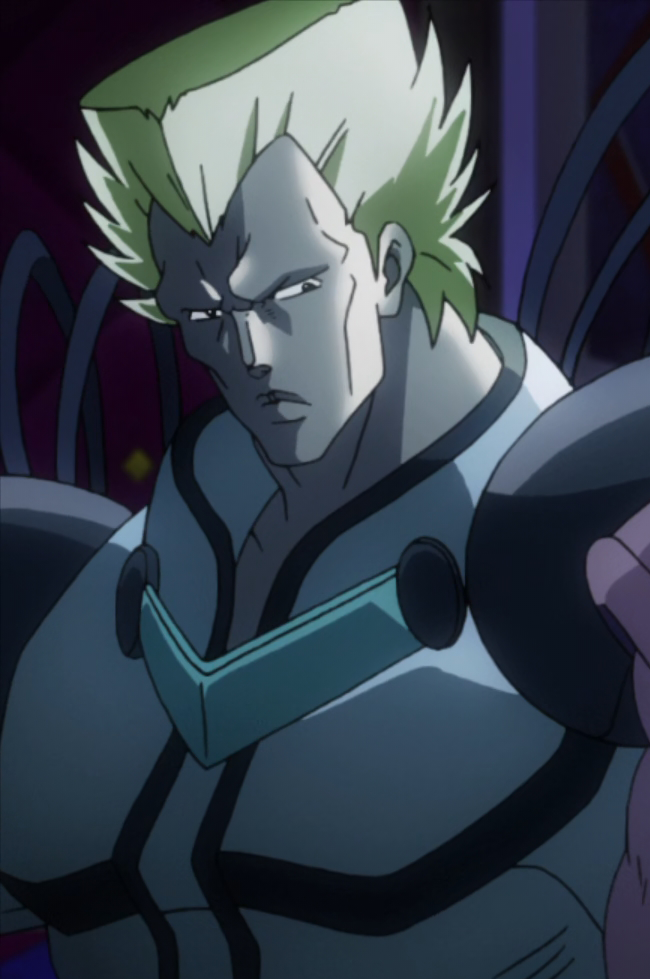 Frozen, then shattered into pieces 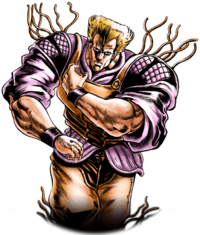 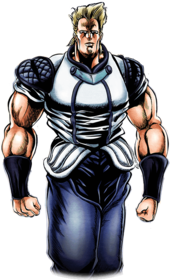 Dire has shown incredible mastery of the Ripple. He has complete control of his body and its speed, to the point of making afterimages when moving. He manipulates his speed to look slower than he actually is, a technique to make enemies over-confident and eventually lower their guard. He is also able to infuse objects with the Ripple and manages to use it just after being decapitated, with the remaining oxygen in his brain.

Dire first introduced himself after suddenly attacking Jonathan, where Dire used his Thunder Split Attack against him. However, Jonathan countered the move by headbutting him. The Ripple user then revealed that he only attacked Jonathan to test his strength and see if he really was Zeppeli's friend. To prove he came to help, Dire gave Jonathan the letter Zeppeli wrote.[2]

Dire is frozen by Dio 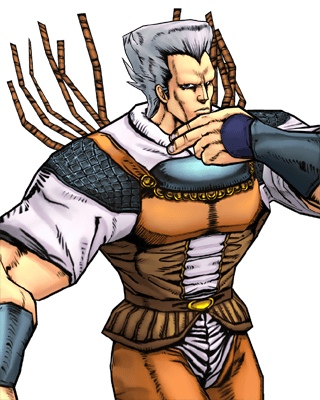 Dire's basic attack string is a combination of up to five various attacks comprising of different hand strikes and kicks. In Tactical Battle, this is cut down to only three hits.

Dire puts his hands together and gives himself a temporary attack buff.

Dire throws a rose imbued with the ripple at opponents. In Action Battle, it simply acts as a basic ranged projectile, whereas in Tactical Battle it leaves the attacked opponent with a temporary defense debuff. (Unlockable)

Dire strikes the opponent with his palm and performs an Overdrive against them.

Dire jumps and kicks at the opponent, and the game cuts into a cutscene where Dire performs his signature Thunder Cross Split Attack.