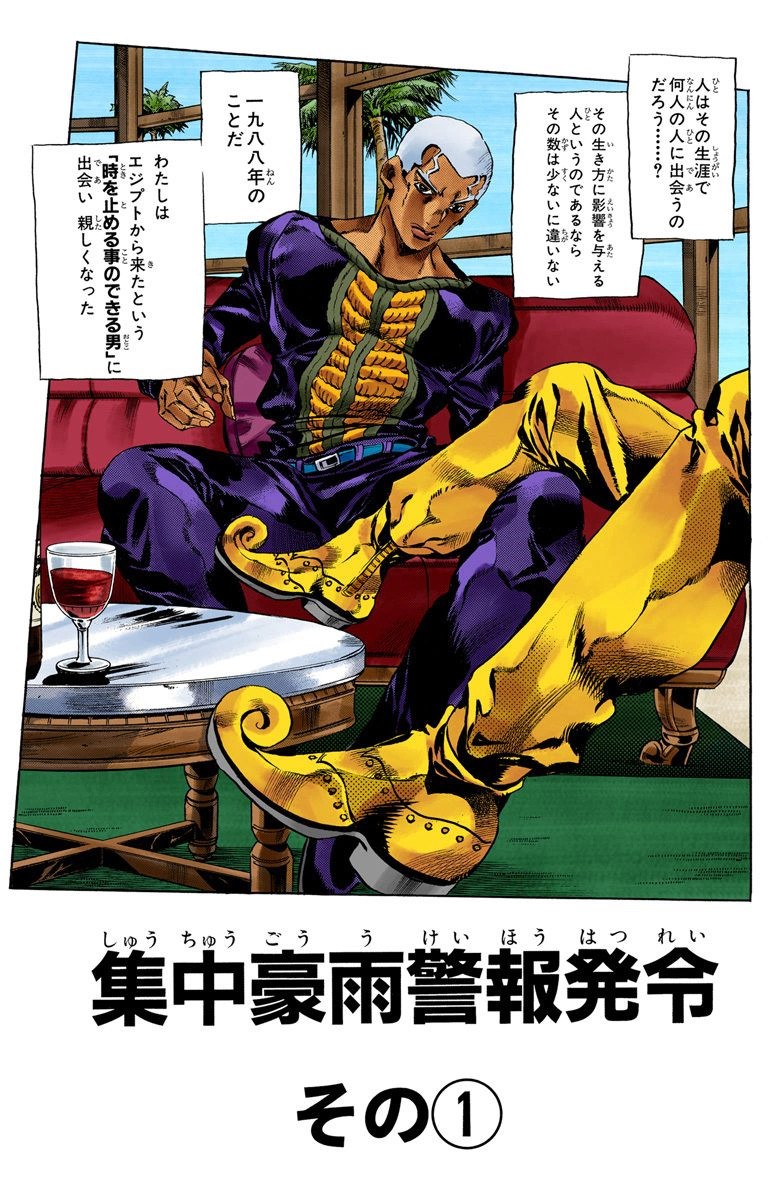 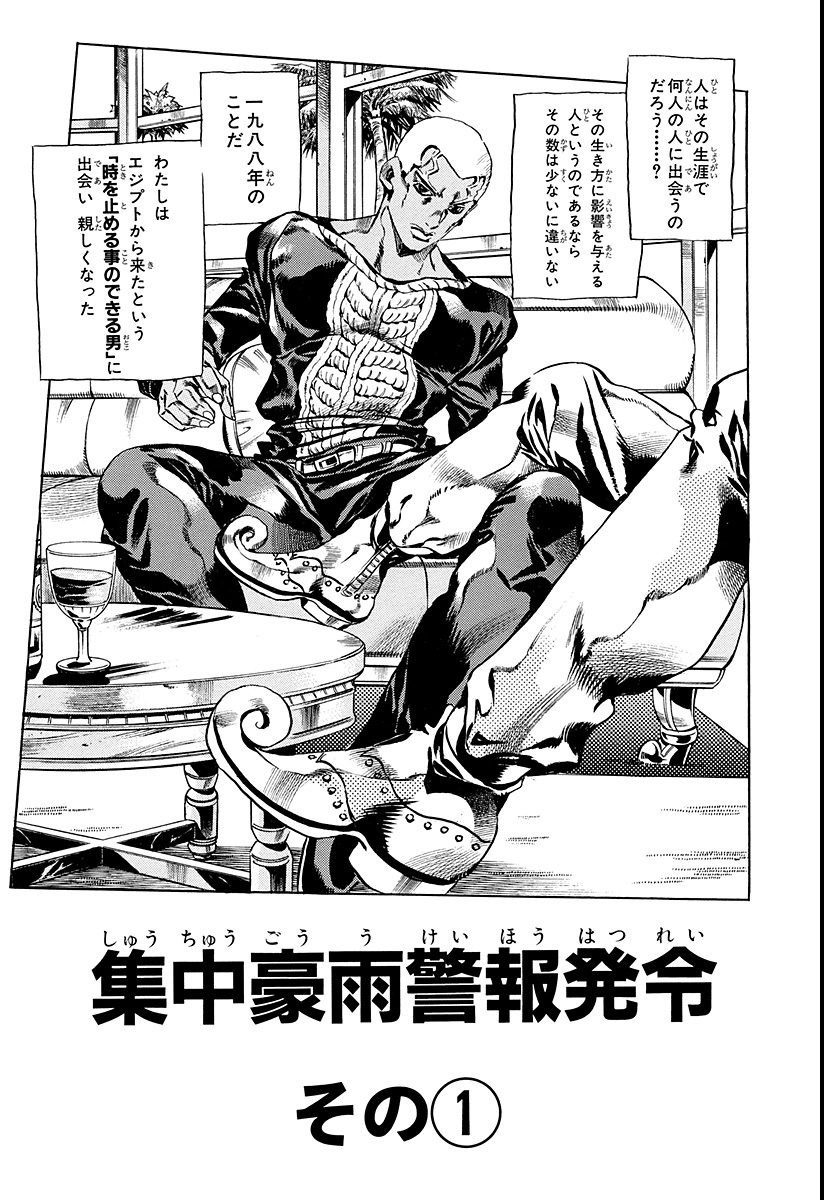 Pucci recalls a conversation he once had with an old friend back in 1988. This friend, being none other than DIO himself, once proposed to Pucci a way to go to heaven. He tries to explain that he isn't referring to the afterlife, but a state of ascension where one can achieve true happiness. Pucci asks how to achieve this "heaven", and DIO tells him that he had written down the instructions in a notebook. However, in 1989, this notebook was found by Jotaro. In order to prevent anyone from reading the contents of that notebook, Jotaro destroyed it. Twenty years later, through the use of his Stand, Whitesnake, Pucci was able to obtain the memories of Jotaro Kujo and read the information in the notebook.

In the prison courtyard, the guard shoots Jolyne a second time. Weather hears the gunshot from within the factory, but is too heavily injured to do anything. With the guard under Whitesnake's control, Pucci decides there is nothing left to do and heads back for the chapel. The guard decides to shoot Jolyne in the head before retrieving the disc. However, a frog lands on the guard's hand, throwing off his aim. The guard looks up to see hundreds of frogs raining from the sky. Using Weather Report, Weather is able to make poison dart frogs rain down into the courtyard. The frogs pelt the guard, their toxins horribly deforming him; some break through the prison windows and fall around Pucci.