The Birth of DIO 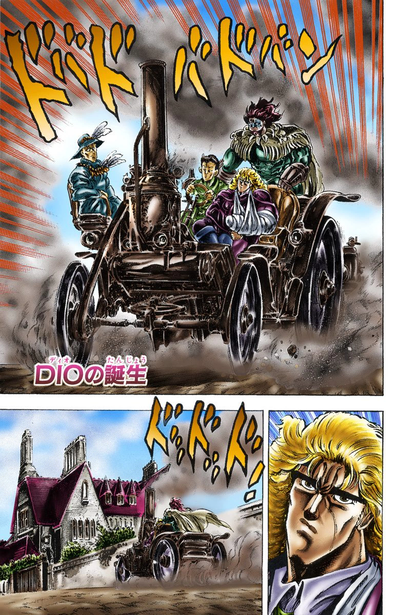 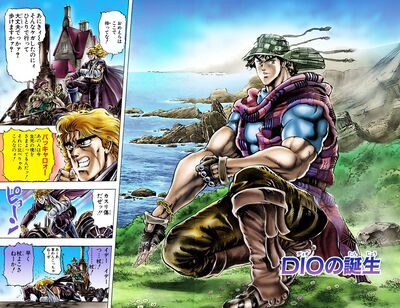 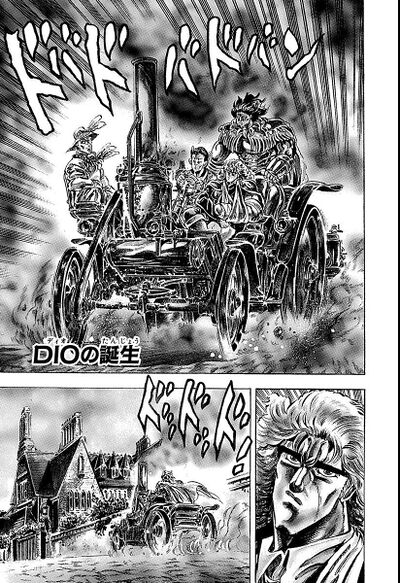 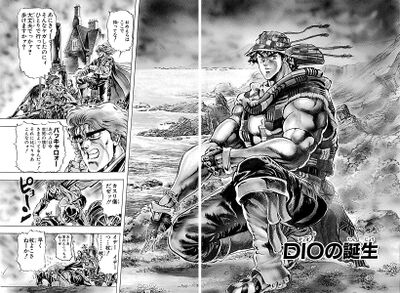 Three days after the battle with Dio, Speedwagon decides to visit Jonathan in the hospital to offer his emotional support, despite having a broken arm himself. He is stopped at the door to Jonathan's room by an unknown woman. Despite his attempts to argue, the woman refuses to let him in; she says Jonathan is not accepting visitors at the time, and her care for him is more than enough. As the door is closed on him Speedwagon takes offense from the woman's words and stubbornly resolves to come back later.

As a criminal from the slums, Speedwagon takes it upon himself to sneak into the hospital after visiting hours. Around one o'clock the next morning, he climbs over the hospital wall and makes his way to Jonathan's room. To his surprise, he sees a light streaming from the slightly opened door; and even more so that the woman who dismissed him earlier is still there. Speedwagon is further shocked to see her hands cracked and callused from cooling Jonathan's burns repeatedly non-stop. Her devotion to his injuries seems unnatural for an ordinary nurse.

Jonathan finally regains consciousness and, like Speedwagon, is perplexed by the woman tending to him. She greets him with a strange familiarity, and though Jonathan thinks it impossible at first, the woman turns out to be his childhood sweetheart, Erina Pendleton. Seven years ago, her father had relocated to India or his work, and they had only returned to England recently. By some chance Erina's father owned the hospital Jonathan was staying in. Speedwagon realizes that the two have known each other for some time and concludes that it must be fate. He decides it would be better to leave them alone and walks off. Finally, succumbing to her fatigue, Erina has a feinting spell, but is caught by Jonathan despite his broken arm. Erina objects to his action out of concern for his health; and Jonathan replies that he will always be there to catch her.

Back at the remains of the Joestar Mansion, the Chinese poison dealer, Wang Chan, is sifting through the rubble for valuables. He comes across the Stone Mask, but before he is able to grab it, a hand emerges from the debris and grabs his wrist. As his blood is drained, his assailant is revealed to be Dio, who somehow survived the fire.