The Power Called a "Stand" 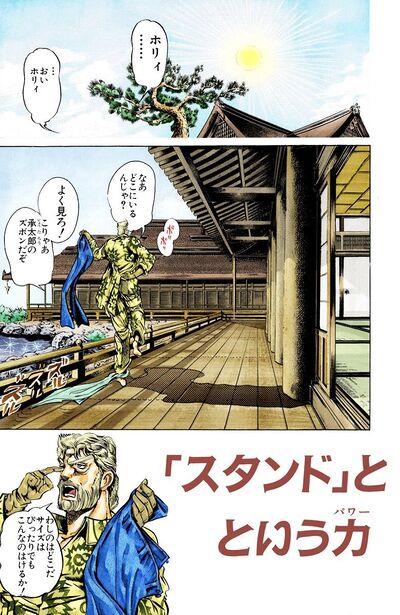 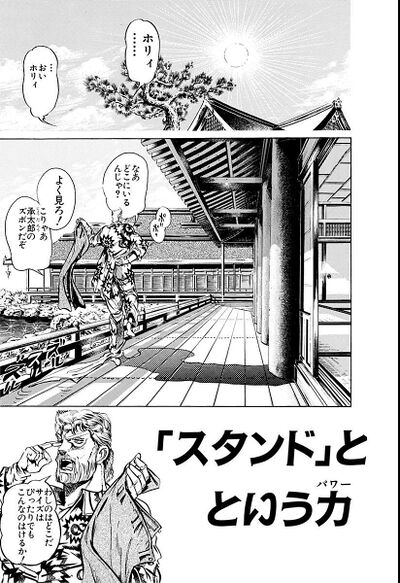 The Power Called a "Stand" (「スタンド」という, 'Sutando' to Iu Pawā), originally The Stand Warriors (の戦士たち, Sutando no Senshitachi) in the WSJ release, is the eighth chapter of Stardust Crusaders and the one hundred twenty-first chapter of the JoJo's Bizarre Adventure manga.

Avdol gives the name "Star Platinum" to Jotaro's Stand, according to the tarot card he pulled, the Star.