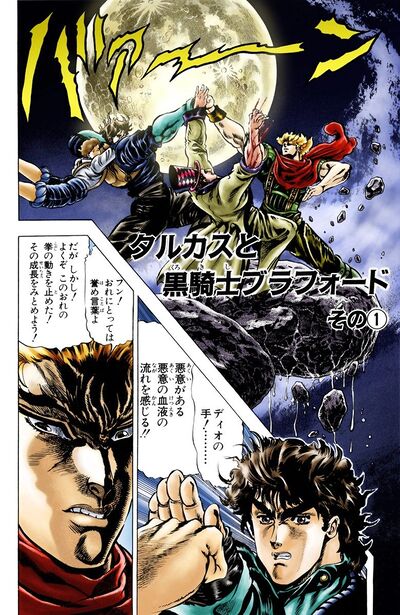 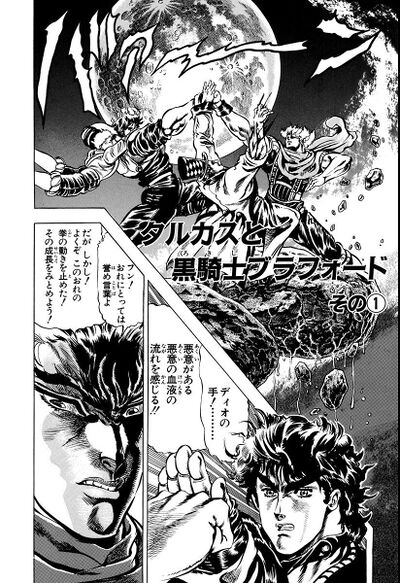 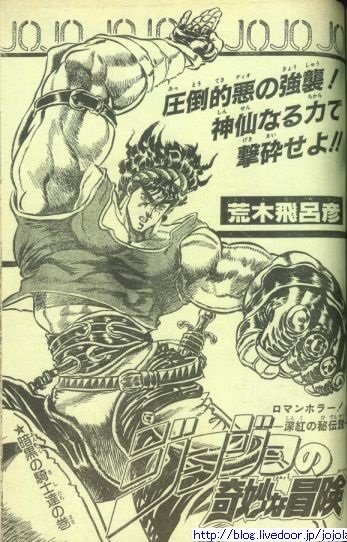 After dispelling Dio's power by blocking his attack, Jonathan and Zeppeli attempt to strike Dio with two Ripple moves combined. Their plan backfires when Dio's freezing technique splits open the veins on Jonathan's hand. Zeppeli tries to divert Dio's attention by kicking him, but the latter simply freezes Zeppeli's leg and throws both of them off the rock.

Dio proceeds to mock their power as the earth starts to rumble, and proceeds to summon two of his zombies, Tarkus and Bruford, to attack Jonathan. Zeppeli curses himself for getting his arm frozen, stating that Jonathan will not be able to take on both of the dark knights at once. Speedwagon suggests that they try to thaw Zeppeli's arm.

Meanwhile, Jonathan tries to punch Bruford, but Bruford's hair to catches his arm and begins to suck his blood. Tarkus then moves to crush Jonathan with his massive hand. In a desperate attempt to return circulation to Zeppeli's frozen arm, Speedwagon places the frigid limb on his chest under his coat.

Author's Note
“
It's been a while since I've been to an athletic club! That pleasant ache from your muscles after a workout gives quite the high. I want to go every day!
”
—Hirohiko Araki
“
久しぶりにアスレチックに！運動後の心地よい筋肉痛は、とても快感。毎日行きたい!!
”
—Hirohiko Araki