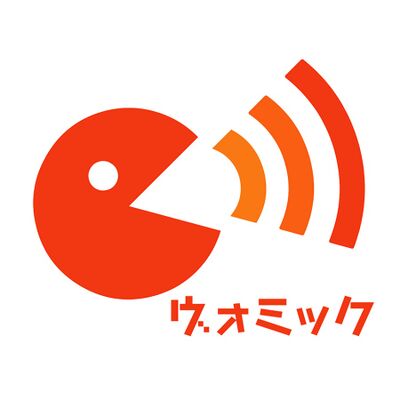 VOMIC (ヴォミック, Vomikku), derived from Voice (ヴォイス, Voisu) and Comic (コミック, Komikku), refers to digital content from Shueisha that are videos of manga images with panning, added sound effects, and dubbing performed by voice actors. The service began in November 2007. At the time, VOMIC was a small part of "s-cast.net", a Shueisha operated website that dealt with voice acting and video distribution. On August 27, 2009 it was moved to an independent website.[1]

Some of Shueisha's weekly and monthly manga anthologies and associated media were aired as a corner in the TV program "Sakiyomi Jum-Bang!", including its VOMICs. In April 2014, the addition of new titles came to a halt, but resumed in February 2015 as a mini program on Animax called "VOMIC TV!".[2] These VOMICs, usually referred now as Voice Comics (ボイスコミック, Boisukomikku), can also be found on the YouTube channels for VOMIC, Shonen Jump, or Jump Comics. The latter regularly posting new ones.

The VOMIC format is used mainly to promote other products, including the original manga work or a possible anime that is expected to be broadcast. For this reason, the content is often short, usually covering three or four chapters only. When titles with VOMICs were adapted into anime, most of the time the cast of voice actors would be completely new. With the release of the anime version, the VOMIC version would often stop being made. There are cases where a new version of the VOMIC, voiced by the new cast, would be made instead.[2]

VOMICs for many series that Shueisha has serialized have been made, examples of notable series that they have done so include Toriko, Naruto, Bakuman, Beelzebub, Gin Tama, Blue Exorcist, Bleach, The Disastrous Life of Saiki K., Haikyu!!, Assassination Classroom, and My Hero Academia.

In December 2007, Steel Ball Run received a VOMIC with the first episode coming out on December 7 and the remaining three episodes being released every Friday after.[3] The four episodes created cover parts of chapters 1, 5, 6 and 7. Featured at the end of each episode is free talk from one of the voice actors.

Due to the intended short form of vomics in general, various moments are either skipped or greatly shortened for time.