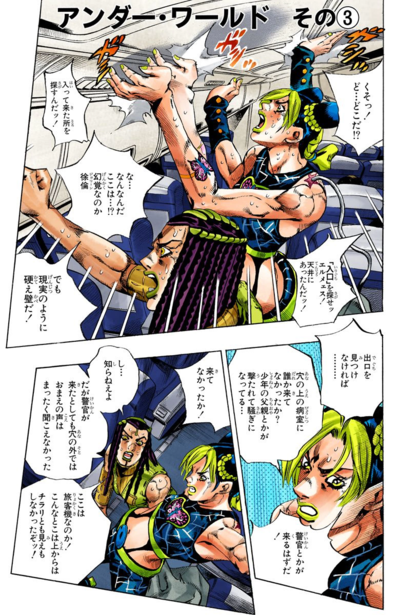 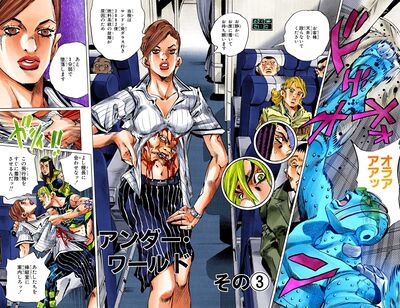 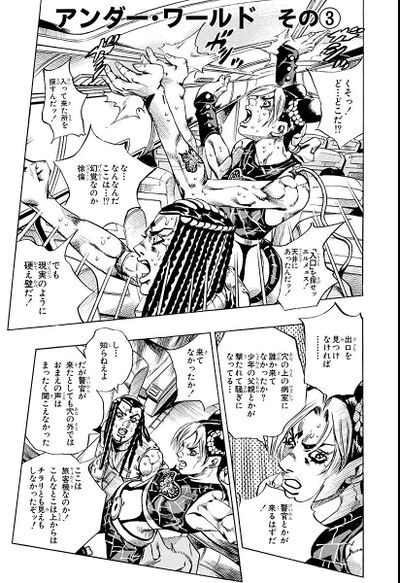 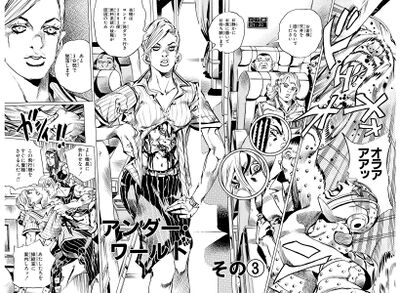 Under World, Part 3 (アンダー・ワールド その③, Andā Wārudo Sono 3), originally Shut Up (うるせー, Urusē) in the WSJ release, is the one hundred twenty-first chapter of Stone Ocean and the seven hundred fifteenth chapter of the JoJo's Bizarre Adventure manga.

Jolyne and Ermes are imprisoned in the memory of a crashing plane. When Stone Free tries to punch the ceiling, the flight attendant asks her to sit down and gives her details about the flight. When Jolyne grabs the attendant and interrogates her, the latter begins to wither and burn alongside the other passengers as the crash is imminent. Outside the airplane, Pucci tells Versus to hurry as Weather Report is nearby, to Versus' exasperation.

Determined to defeat Versus, Jolyne opens the hatch of the plane despite the dangerousness of such a move. Using the ensuing air vacuum to propel herself toward Versus, but she finds herself trapped inside a crashing fighter plane, and her lifeline breaks as the two planes fly away from each other. However, Jolyne uses her string to grab a radio from a policeman who has been investigating the hole, prompting Pucci to warn Versus again despite his exasperation.