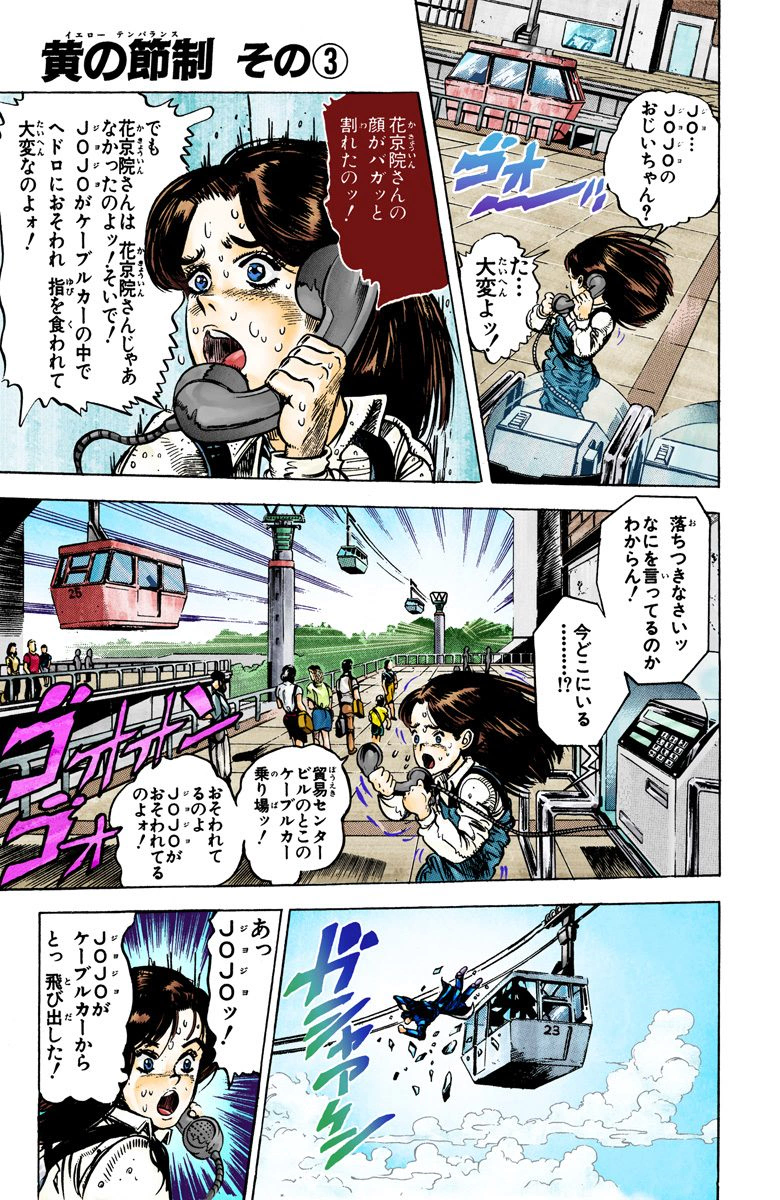 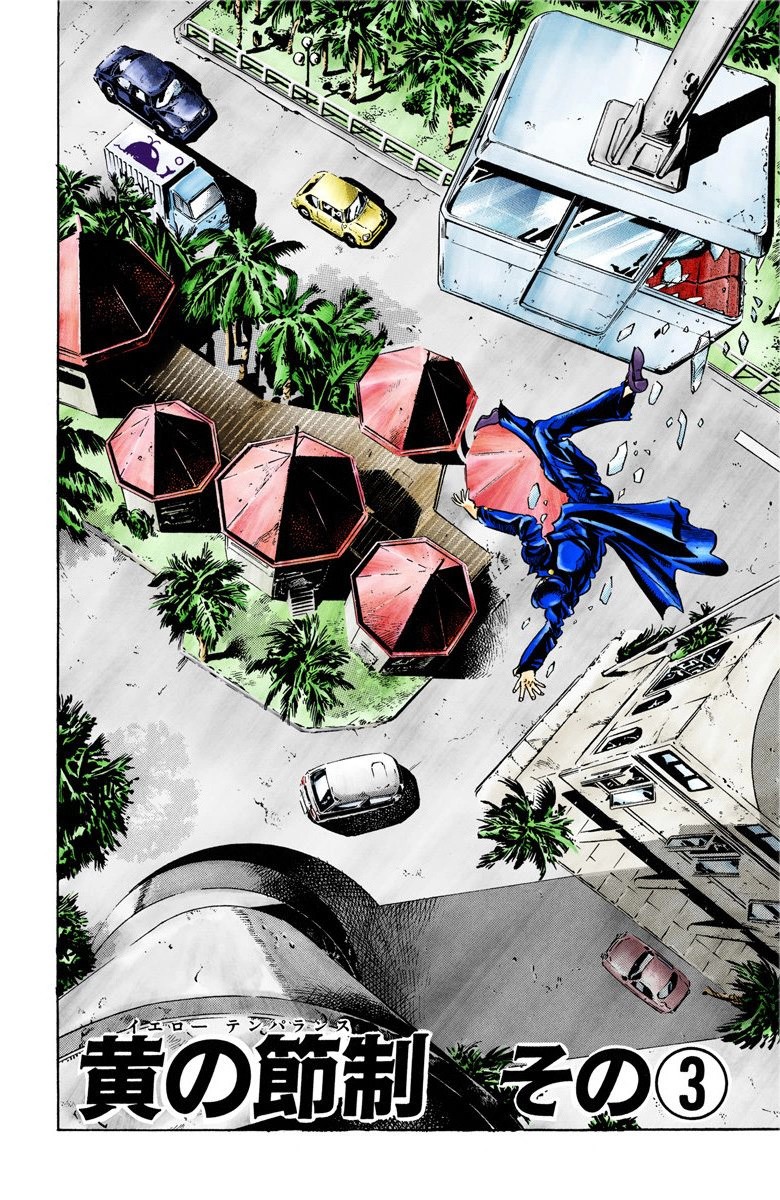 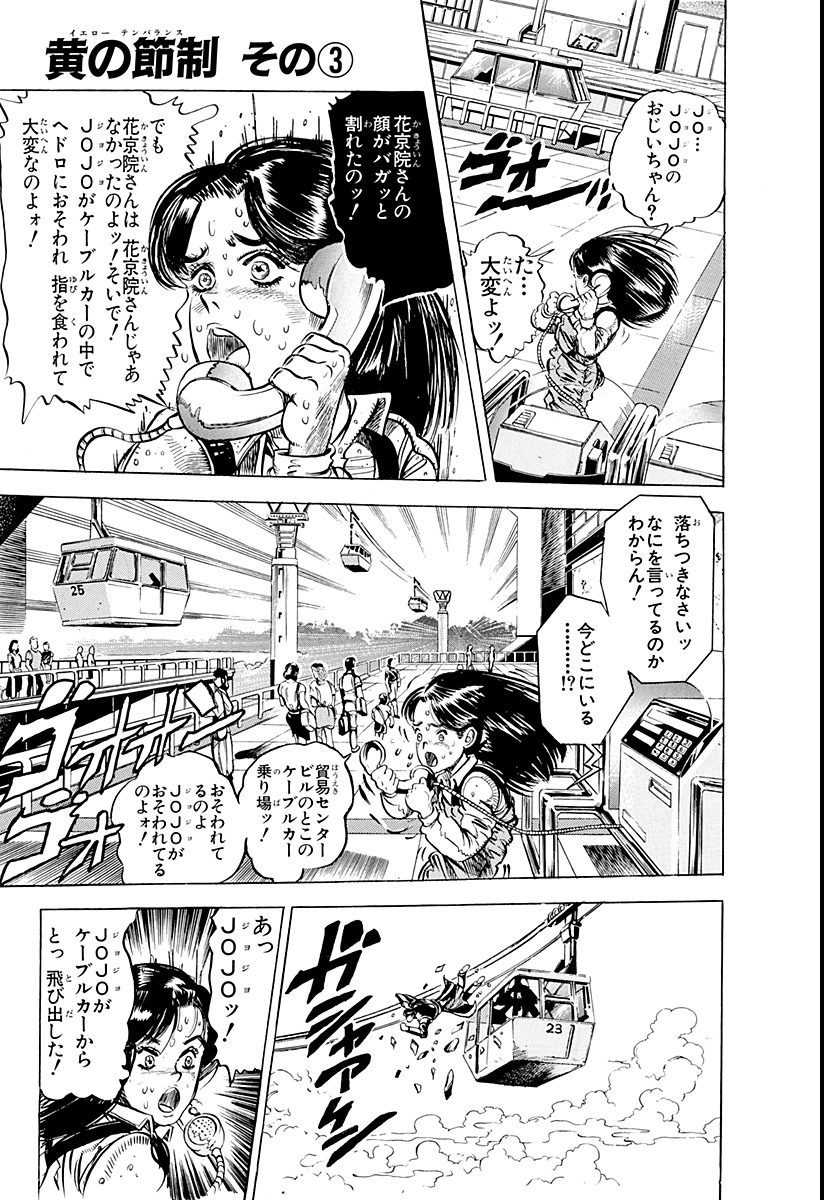 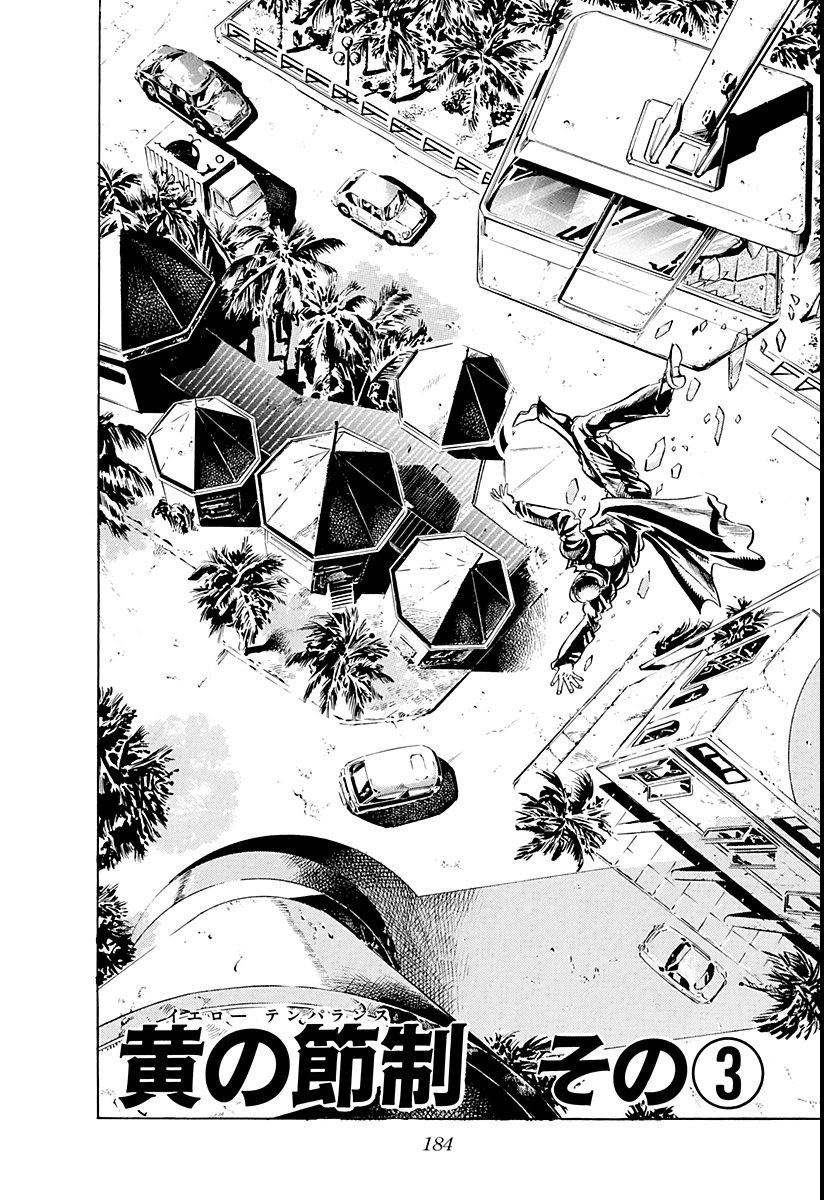 Yellow Temperance, Part 3 ( その③, Ierō Tenparansu Sono 3), originally An Unbeatable Stand?! (無敵のスタンド!?, Muteki no Sutando!?) in the WSJ release, is the twenty-fifth chapter of Stardust Crusaders and the one hundred thirty-eighth chapter of the JoJo's Bizarre Adventure manga.