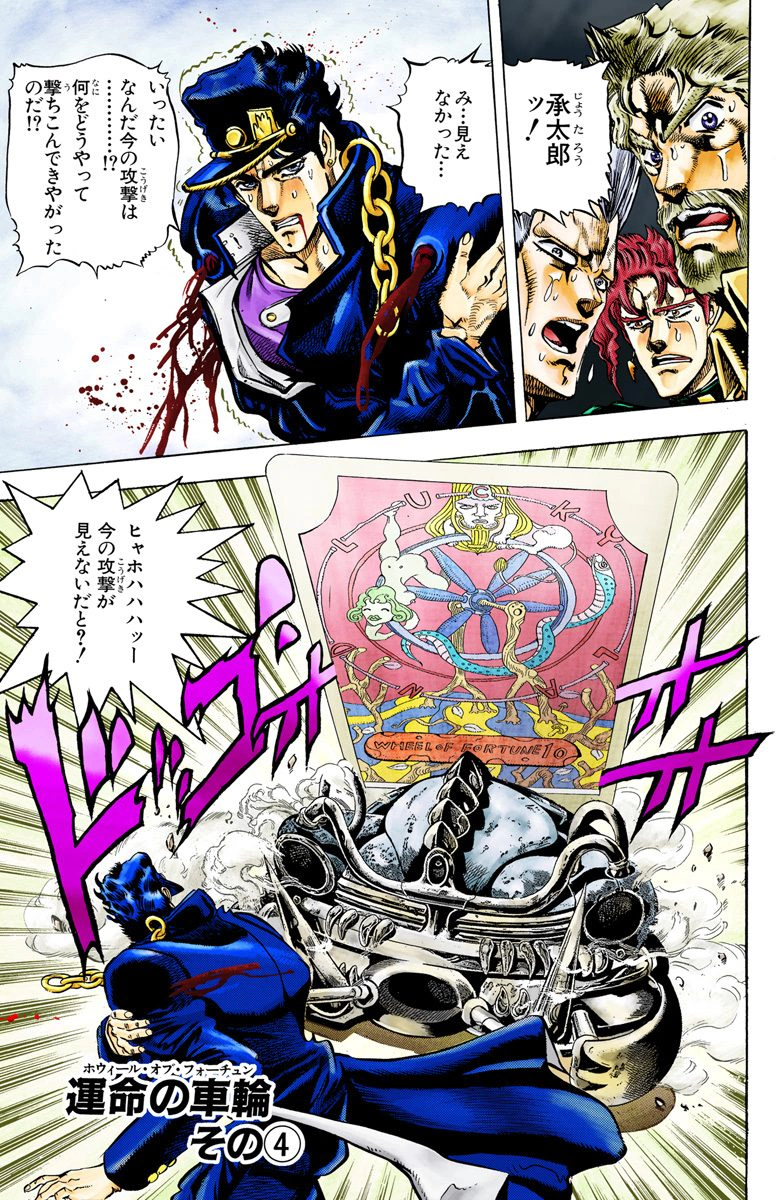 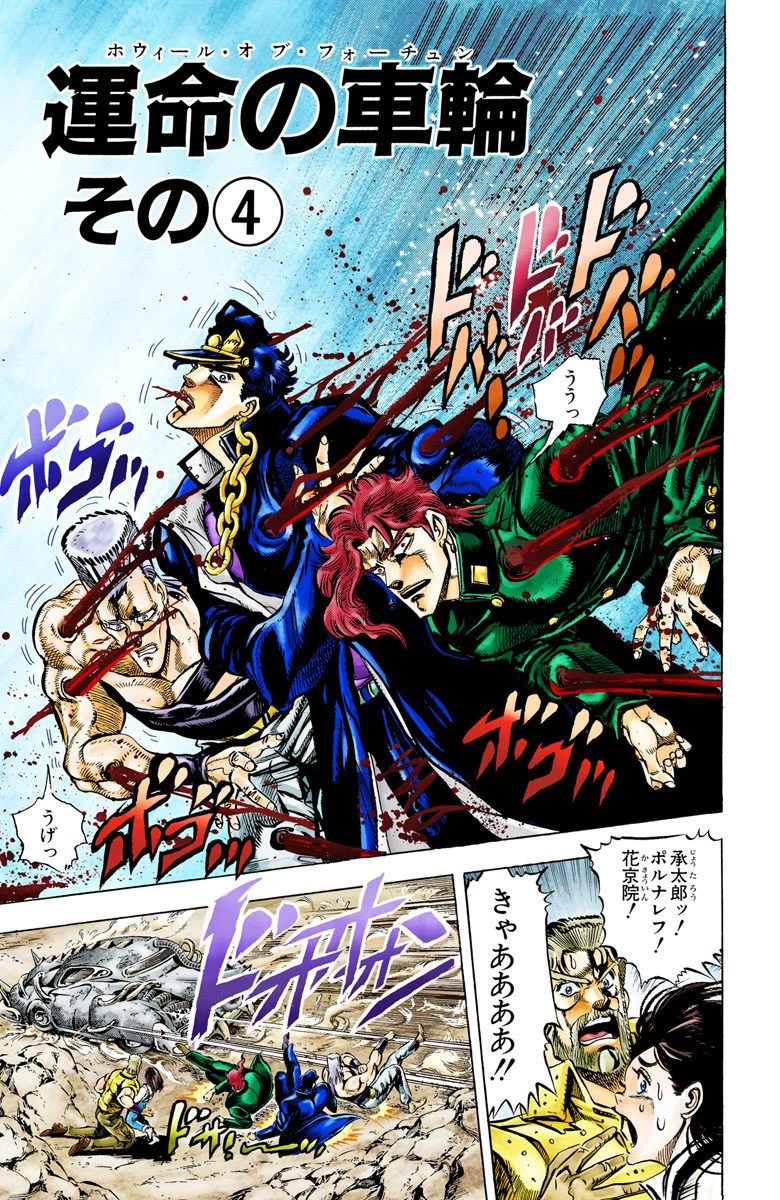 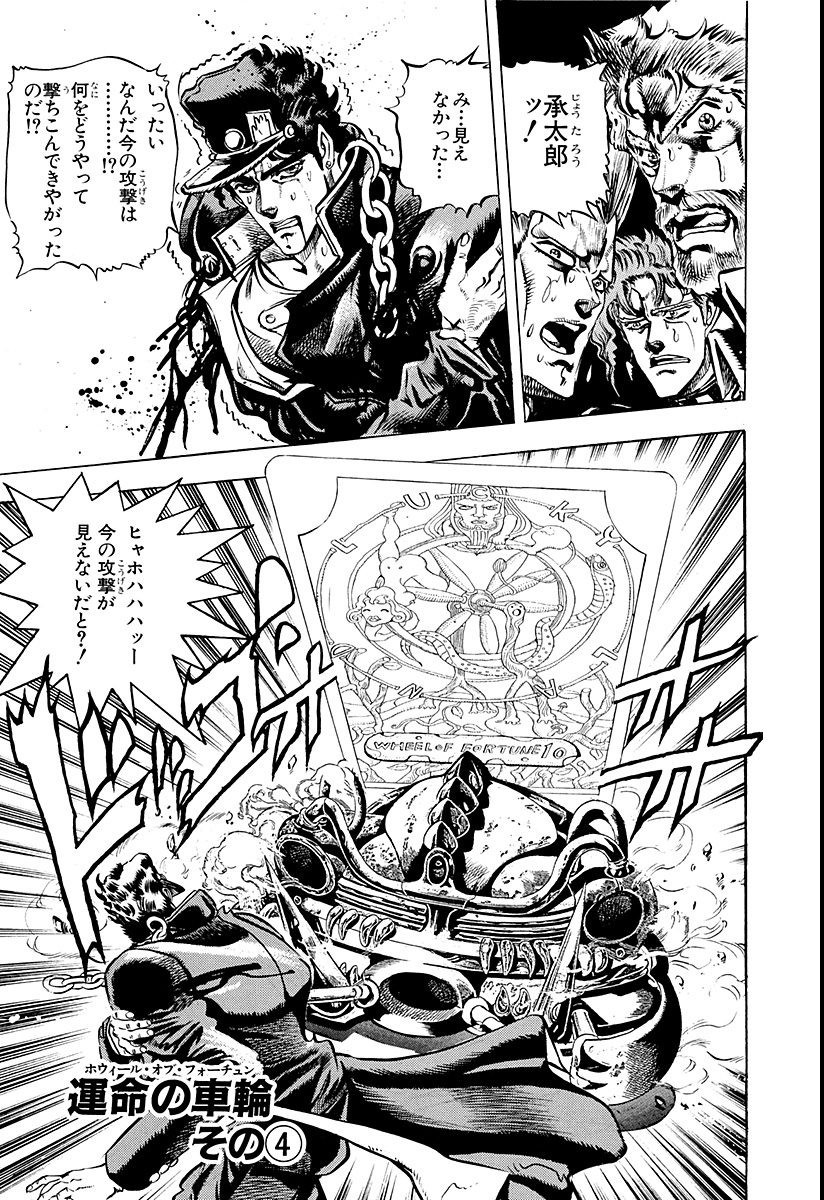 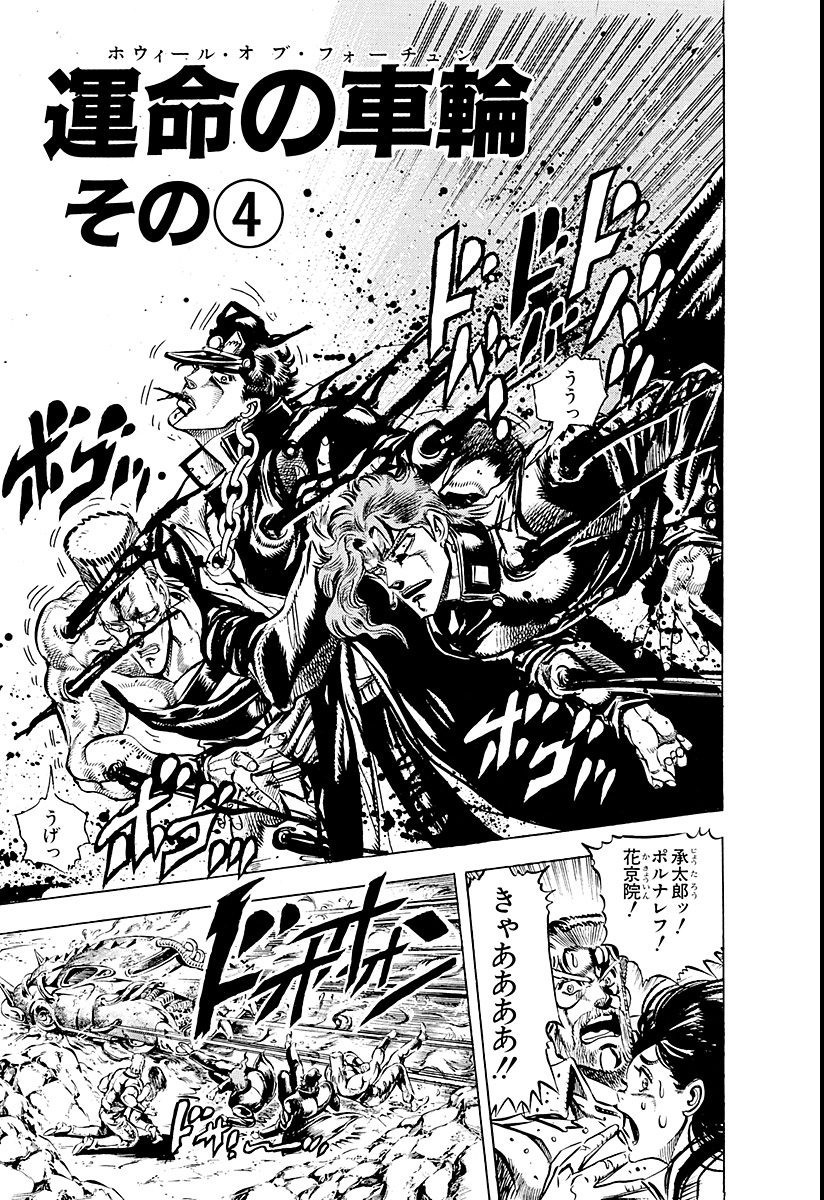 Wheel of Fortune, Part 4 ( その④, Howīru Obu Fōchun Sono 4), originally Clear the Road! (道を切り開け！, Michi o Kirihirake!) in the WSJ release, is the fortieth chapter of Stardust Crusaders and the one hundred fifty-third chapter of the JoJo's Bizarre Adventure manga.

Jotaro is hurt by an invisible attack from Wheel of Fortune and is almost run over by the car, but is saved just in time by Polnareff and Kakyoin. They, however, are also shot by the strange attack. ZZ sees this as an opportunity to run everyone over, passing with brute force alone through cliffs and rocks. ZZ almost kills Anne, but Jotaro saves her after numerous complaints that they don't care about her. The Joestar group starts climbing a mountain, but ZZ warns them that there is nowhere to go: every road in their lives will be destroyed by Wheel of Fortune, who follows them by growing spikes on its wheel and climbing.

When everyone reaches the top, ZZ reveals that the thing he shot was high-pressured gasoline. The enemy appears to burn Jotaro to death, exclaiming that he has "ended Part 3 early". Jotaro comes out of the ground, asking ZZ if he thinks he will replace him as the main character. Jotaro had dug a tunnel with Star Platinum and left his coat behind to be burned instead. Jotaro pummels ZZ and his Stand with Star Platinum in order to teach him that one should create one's own road to safety.