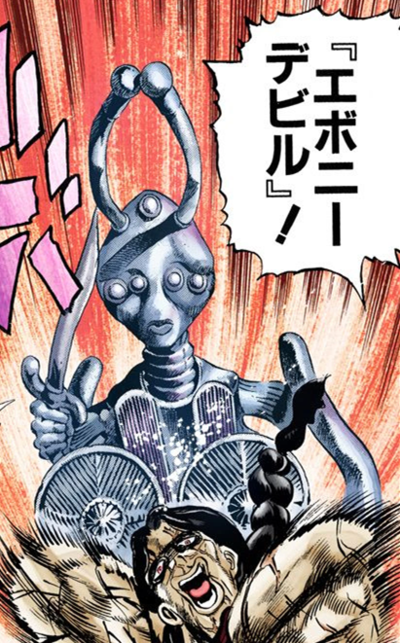 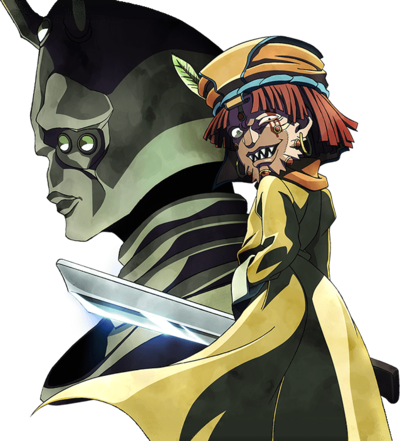 Ebony Devil's base design is based on the ancient Sardinian dolls known as "bronzetti", specifically "The Warrior", a small, bronze statue. It has filiform limbs, an alien head with four eyes and two long horns. It also has two disks in front of its chest and holds a dagger in its hand.

The series is known for alternating colors between media, the information presented below may or may not be canon.
(Ebony Devil)
Body(Metal gray)

Ebony Devil is operated remotely, relying on its user's sadistic personality to kill its target. The doll it possesses was inspired by Chucky from the film Child's Play, as well as other horror movies.[1] The Stand-possessed doll acts maniacal and vulgar, frequently laughing while trapping its opponent and devising new torture methods.

It represents the tarot card The Devil, which symbolizes confusion and misfortune.[2]