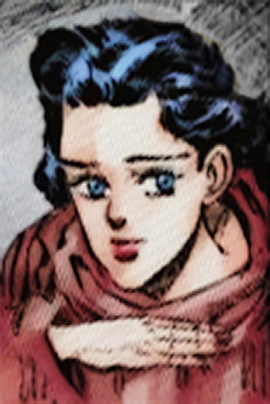 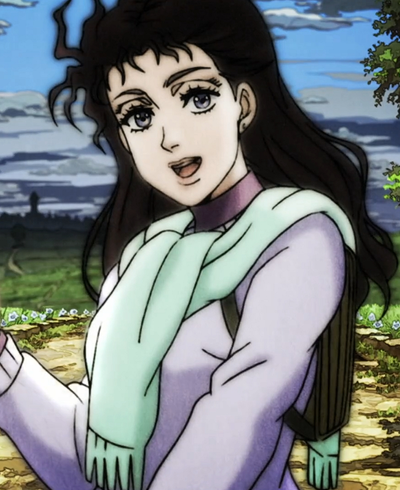 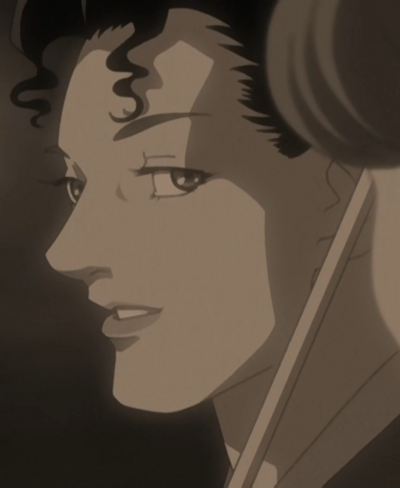 Sherry Polnareff (シェリー・ポルナレフ, Sherī Porunarefu) is a posthumous tertiary character in the third part of JoJo's Bizarre Adventure, Stardust Crusaders. She is the younger sister of Jean Pierre Polnareff and was killed by J. Geil in 1985, three years prior to the story. Polnareff temporarily allies himself with DIO in order to find the man who killed her and get his revenge.

Sherry is a young girl with long dark curly hair and wears a sweater. In the anime, she also wears a scarf and skirt.

One day, Sherry is headed to school and Polnareff gives her a new umbrella. Sherry thanks him for the gift and says she'll be back soon.[2] That evening, while on her way home with her friend, named Sophie in the Drama CD, they are confronted by a man with two right hands. The man suddenly slashes the chest of Sherry's friend before raping and murdering Sherry. Her classmate manages to escape alive, although nobody in the village believes her story aside from Polnareff, who figures the man must be a Stand user like him.[1]

Later, Polnareff asks Judgement to revive her after the Stand offers to grant him a wish. Instead, the Stand manifests a golem that looks and sounds exactly like her, including having her memories. She suddenly attacks Polnareff when he lets his guard down and gets close enough.[3] The figure is ultimately destroyed when Judgement throws it at Magician's Red as a diversionary tactic.[5] In the anime, however, the Sherry clone is still alive. Polnareff catches the figure, and, accepting the death of his sister, impales the clay figure, killing it for good.