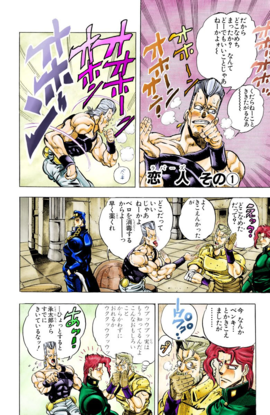 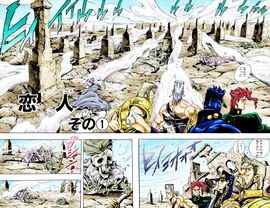 Lovers, Part 1 ( その①, Rabāzu Sono 1), originally The Terrifying Lovers (恐ろしき恋人, Osoroshiki Rabāzu) in the WSJ release, is the forty-seventh chapter of Stardust Crusaders and the one hundred sixtieth chapter of the JoJo's Bizarre Adventure manga.