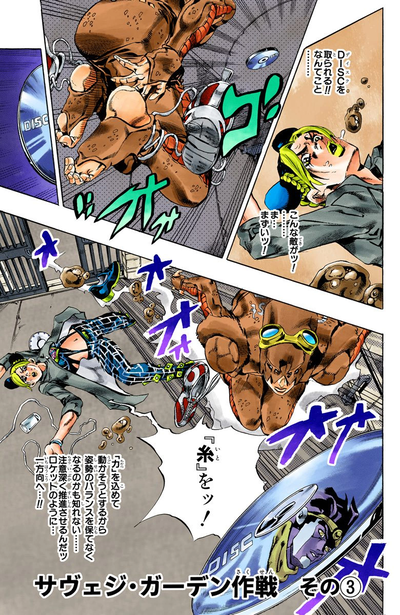 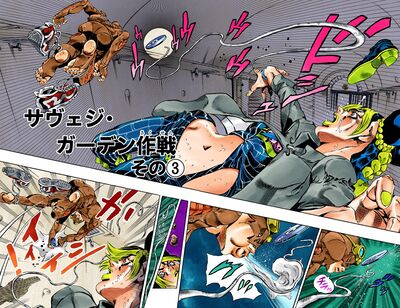 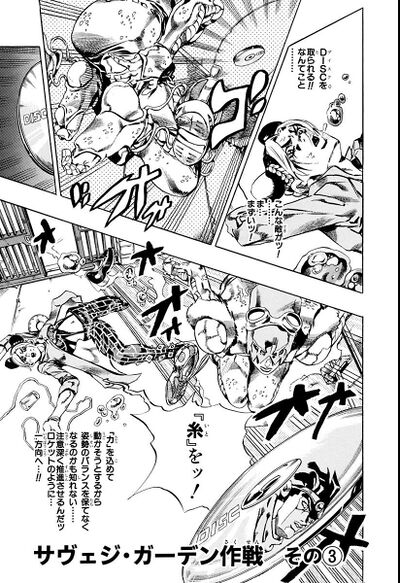 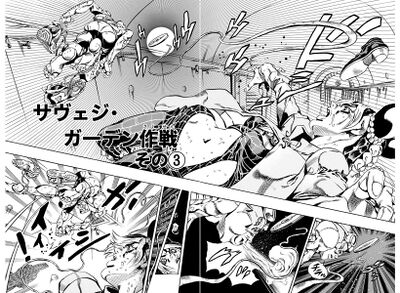 In the zero gravity zone, Jotaro's Stand Disc floats away from Jolyne, who is suspended in mid-air. Lang appears within the room, skillfully maneuvering his way towards the disc. Jolyne tries to grab it with a string but Lang simply blows the string away. He grabs the disc and breaks it in half; however, the disc reforges itself, returning to an unscathed form.

Realizing the disc cannot be destroyed, Lang decides to take it back to Whitesnake, leaving Jolyne trapped in zero gravity. Jolyne throws the cup that was attracted to her earlier through the doorway. She attaches a string to it and uses it to carry her voice as she calls for Weather Report's aid. Weather appears, chasing after Lang. Lang summons his Stand, Jumpin' Jack Flash, which starts shooting screws and bolts at Weather. Using his Stand, Weather Report, Weather deflects the projectiles.

Weather approaches Lang, with his Stand phasing through Jumpin' Jack Flash's punches. The friction causes Lang and his Stand's arms to catch on fire. Lang releases the zero gravity of a floating object, causing it to fall on top of Weather. The impact triggers the alarms, and the gates to the hallway close, trapping the three Stand users inside.