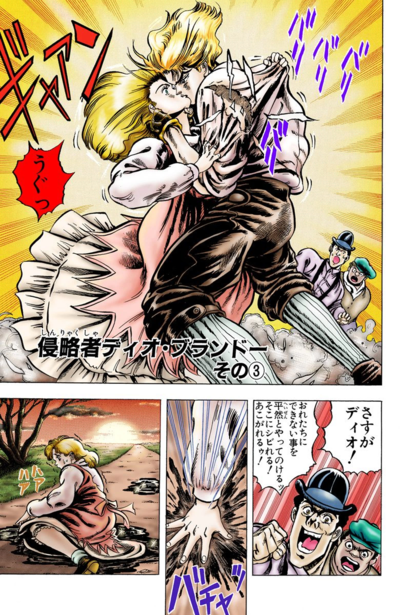 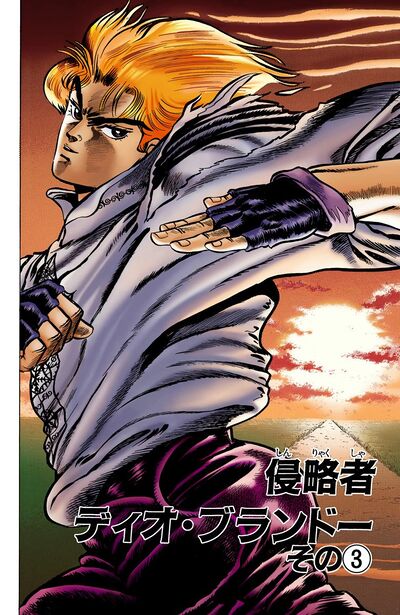 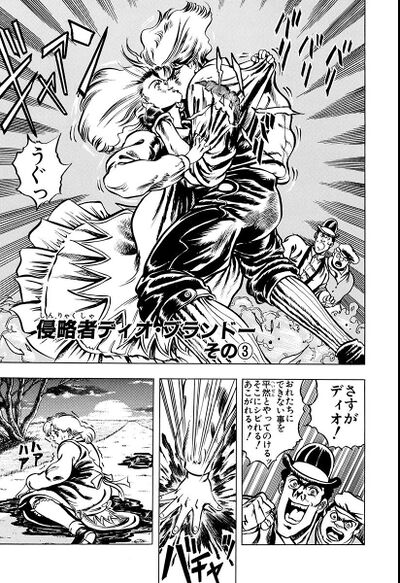 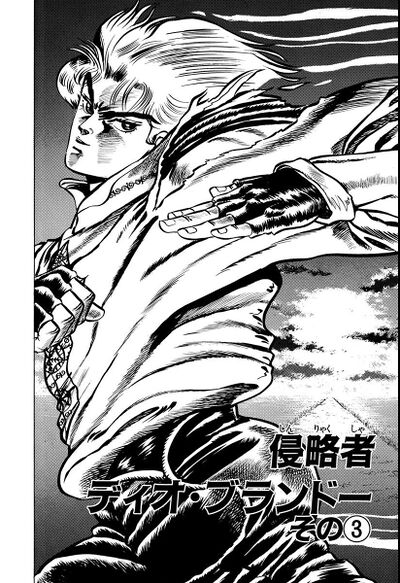 Dio throws Erina to the ground and declares that her first kiss was with him and not with Jonathan; because of this, he claims that he has successfully ruined the relationship between the two, leaving Jonathan alone once again. In tears, Erina washes her face in a puddle of muddy water she had been thrown into. Dio is enraged by her act of defiance and slaps her. He leaves, only to scold himself for letting a stupid girl anger him so much.

Another day at the mansion, George and Dio are sitting together on a balcony watching Jonathan play with Danny. George says that though Jonathan had trained Danny, their relationship was not simply one of a master and his dog, but one of true friendship. Dio questions the statement, perplexed by the idea of friendship with a dog. George tells of the time he bought Danny for Jonathan when he was only five years old; he notes that Jonathan had always been a loner and did not have many close friends. Because Danny had been intimidated by the unknown place and people, he bit Jonathan's arm the first time the latter tried to pet him. Out of fright, Jonathan would consistently antagonize Danny by throwing rocks at him or scaring him with a broom. One day however, Danny saved Jonathan from drowning despite their sour relationship, for which Jonathan was grateful. Since then, the two of them had been the best of friends.

The next time Jonathan sees Erina, he calls out her, but she runs away in tears; she is unable to face him after Dio kissed her. Some of his former friends are close by and they mockingly tell Jonathan of what happened between Dio and Erina. Jonathan rushes back to the mansion, shouting Dio's name. Dio guesses that Jonathan heard about the incident with Erina and has come to take revenge for her, and turns to confront the infuriated Jonathan. Jonathan strikes at Dio, but Dio easily dodges and counters with an elbow to Jonathan's face. Dio asks Jonathan if he intends to reenact their boxing match and internally promises to beat Jonathan fairly, so that he can prove himself to be ultimately superior. Jonathan becomes determined not to lose the fight, knowing that Erina's honor is on the line, and that it would make him live in Dio's shadow for the rest of his life. Jonathan punches again, which Dio blocks and responds by kneeing Jonathan in the head. Jonathan surprisingly recovers from the blow and headbutts Dio in the face. Dio is stunned by the unexpected hit and Jonathan furiously beats him, yelling that he will not stop until Dio cries.

Author's Note
“
This New Year's, I've been absorbed in reading and watching films/books. Sidney Sheldon's "Master of the Game" was by far the best.
”
—Hirohiko Araki
“
正月は読書三昧、映画三昧でした。・シェルダンの「ゲームの達人」は最高だったよ。
”
—Hirohiko Araki