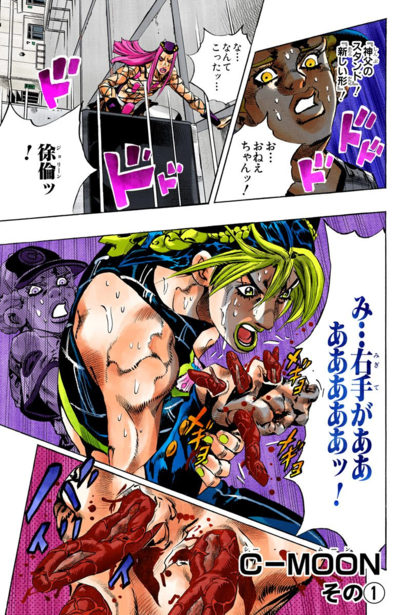 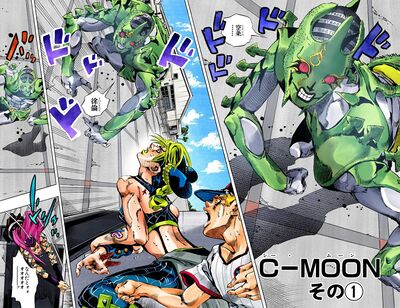 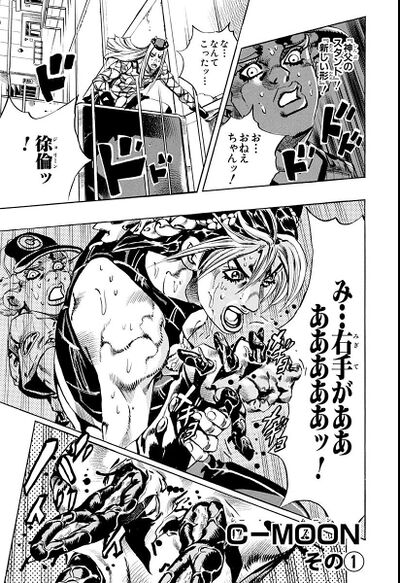 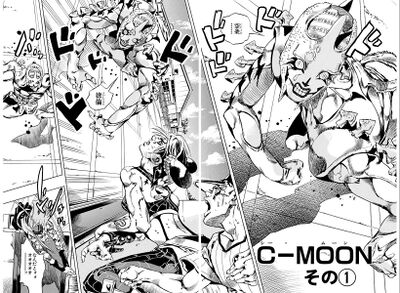 Jolyne has to fight C-Moon while her hand is turning inside out. A fistfight ensues between Jolyne and the new enemy Stand. Both barely miss each other in the struggle, but anything C-Moon touches is turned inside out. Emporio, observing C-Moon's power, concludes that it is reversing the gravity of the objects it touches.

C-Moon disappears momentarily only to attack from inside the booth Jolyne is standing on, pulverizing a wall to surprise her. However, Jolyne avoids the attack and kicks C-Moon in the jaw, only for the enemy Stand to punch Jolyne's leg. Jolyne's leg begins to twist itself, and C-Moon attacks again, only for Jolyne to block with her hand and leg, reversing the effect of C-Moon's gravity power on her limbs. Although Jolyne is hurt, she has wounded C-Moon as well.