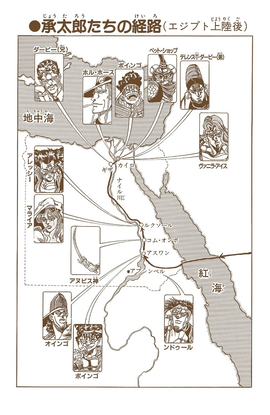 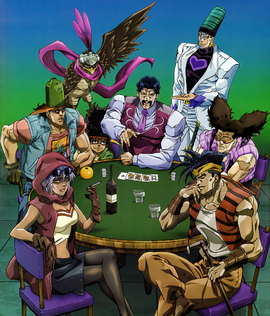 The Egypt 9 Glory Gods (エジプト9栄神, Ejiputo Kyū Ei Shin) are a group of minor antagonists featured in the second half of Stardust Crusaders.

They function as an elite faction of DIO's army, consisting of nine Stand Users; their Stands are named after some of the Ennead

and other Egyptian gods

. They are sent by DIO in an attempt to kill the Crusaders as they travel across Egypt to reach DIO's lair in Cairo.

Except for Anubis (original user deceased; bound as a sword) and Pet Shop (a falcon), every member is human.