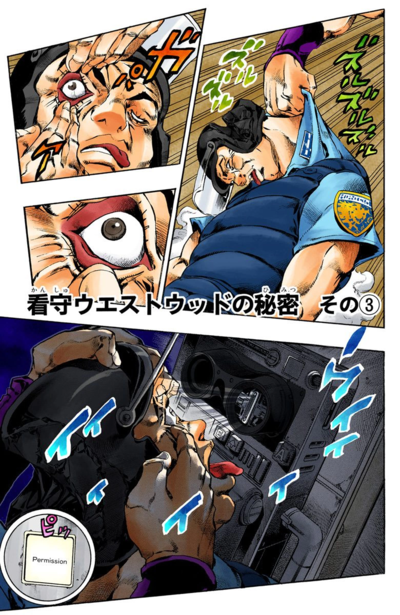 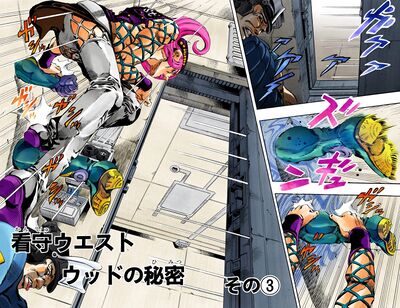 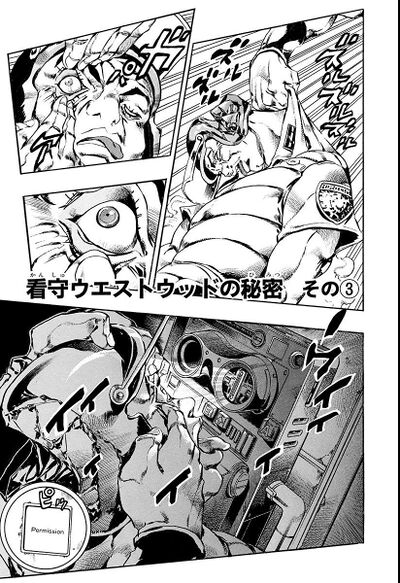 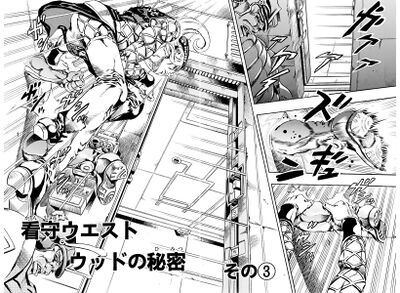 The Secret of Guard Westwood, Part 3 (看守ウエストウッドの秘密 その③, Kanshu Uesutouddo no Himitsu Sono 3), originally Unknowingly (不覚, Fukaku) in the WSJ release, is the sixty-second chapter of Stone Ocean and the six hundred fifty-sixth chapter of the JoJo's Bizarre Adventure manga.