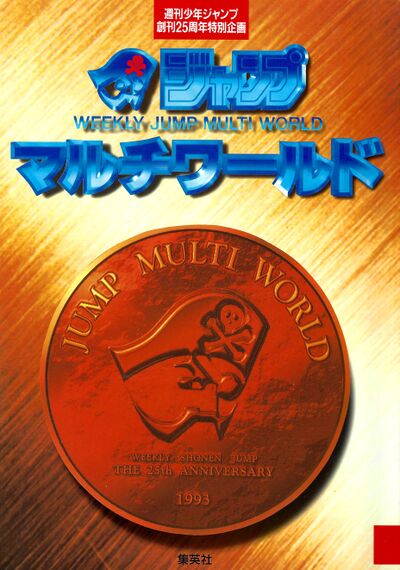 Being held from July 28, 1993, to August 15, 1993, visitors could see an exhibition of original drawings by manga artists with works serialized in Weekly Shonen Jump at the time of the event. The event also showcased anime, games, and merchandise exhibits.[2] The event acts as the predecessor to the now annual Jump Festa event. It cost 700 yen in total for the admission to the event and the special pamphlet that was handed out to visitors.[1]

The content of the pamphlet includes the history of Weekly Shonen Jump and records broken by the magazine's publication. The notable section of the pamphlet is its "JUMP MUSEUM" section, which includes information on various Weekly Shonen Jump series and its creators. Alongside a comment from the artist, they also made original illustrations with some of them also including an original 4-Koma comic strip. Examples of the series being presented include KochiKame, Dragon Ball, JoJo's Bizarre Adventure, Dragon Quest, Slam Dunk, Saint Seiya, Captain Tsubasa, YuYu Hakusho, Bastard!!, Keiji, City Hunter, and many others. Additionally, the pamphlet comes with posters showcasing the main characters of the serialized manga at that time.

First panel: Two students are seen having just ended their friendship. The green-haired student states that he and the other student are through as friends. The blue-haired student asserts that he hopes he never has to see him again. "Josuke Higashikata" sees the two of them and comments that this is the sound of a friendship breaking apart.

Third panel: Josuke pauses and states that not even his Crazy Diamond can heal people's hearts and that he had forgotten about this.

Fourth panel: Josuke then remarks he forgot that it couldn't bring back the dead either, as Crazy Diamond's punch barrage killed both students with their now bloody bodies lying on the ground. He walks away from the scene, expressing that his kindness had worked against him at this moment, and lastly says goodbye.

Note: It clarifies that the Josuke Higashikata depicted here in this comic is not the same character as the one shown in JoJo's Bizarre Adventure. The note ends by stating that this Josuke will never be seen ever again.

Author's Note
“
Happy birthday to Mr. Weekly Shonen Jump. I’ve known you since you were born. I’ve received a reply to my fan letter from Ikezawa Satoshi sensei, and won a bicycle and baseball bat as a prize too. One time a teacher found my reading during class and I cried as he cruelly incinerated you. You are my life. My pleasure from here on out.
”
—Hirohiko Araki
“
『週刊少年ジャンプ様』ご誕生25歳、おめでとうございます。私はあなたがご誕生なされた時から知っています。池沢さとし先生からファンレターの返事を頂いたこともありますし、懸賞で『自転車』とか『野球のバット』を当てたこともございます。授業中読んでいて教師に見つかり、あなたが焼却炉で無残にも焼かれた時など思わず泣いてしまいました。あなたは私の「人生｣そのものです。これからもよろしくお願いいたします。
”
—Hirohiko Araki