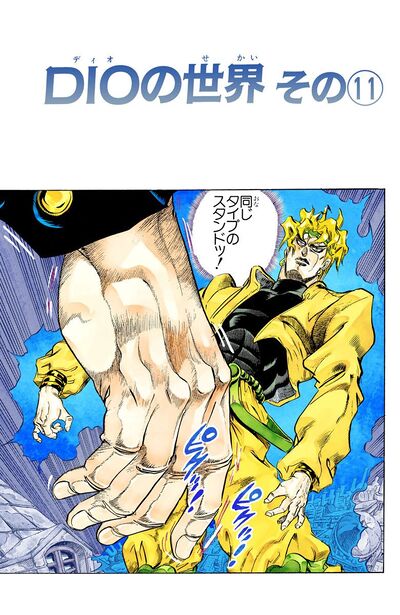 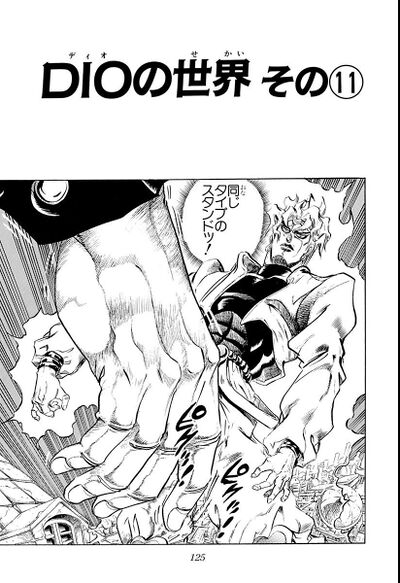 Jotaro twitches his finger within the frozen time. DIO ponders whether Jotaro can see in the frozen time or if he's just twitching his finger instinctively. Time resumes. DIO asks if Jotaro could see it, but Jotaro replies that he doesn't know what DIO's talking about. Jotaro runs from DIO, using Star Platinum to propel from buildings. DIO reminisces the first time he stopped time. He remembers Enya teaching him how to master the time stop, and how through this power he will reign over the world. DIO stops time in order to observe how long Jotaro can move within the stillness. Jotaro's finger twitches once again. DIO begins to laugh as he found out Jotaro's trick. DIO finds the magnet in Jotaro's sleeve, giving the illusion that his finger is moving. Certain he cannot move, DIO goes in to attack. However Star Platinum punches The World through the chest. The magnet wasn't to trick DIO into thinking he could move, but that he couldn't.