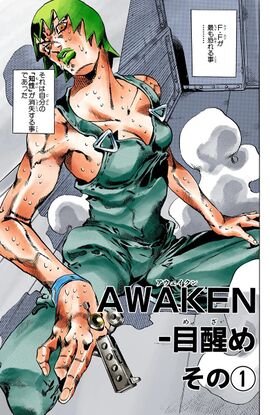 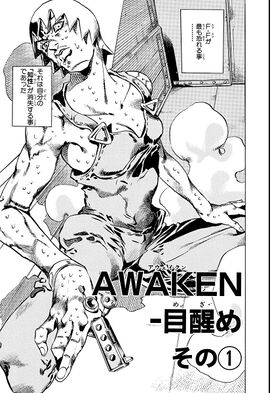 F.F. is seen sweating, and it is said that what she fears most is the loss of her own intellect. She realizes that making memories is the meaning of life, reflecting on her own.

Pucci asks whether F.F. is going to kill him or D an G, as she can only kill one. In the second she uses to think about the answer, Whitesnake comes up behind her and brings its hand down on her head, splitting it slightly. F.F. shoots through her own head, fooling Pucci and allowing the bullet to travel through her skull and come out the other side, hitting D an G. Her body fluids enter D an G, then crawl out the window with the Stand Disc in tow. Pucci yells at Whitesnake to go after F.F. and retrieve the Disc. F.F. realizes she can't use her body anymore without getting some water, but she is still insistent on telling Jolyne that Whitesnake's user is Pucci.

Elsewhere, Jolyne and Anasui watch as Yo-Yo Ma disintegrates, assuming that F.F. has successfully killed D an G. Afterwards, all that is left is an empty shell where The Green Baby used to be, and Jolyne points to a tiny green hand on the edge of the boat. Anasui realizes it's falling into the water and tries to grab for it, but his hand is suddenly slightly crushed in the shape of a baby hand.