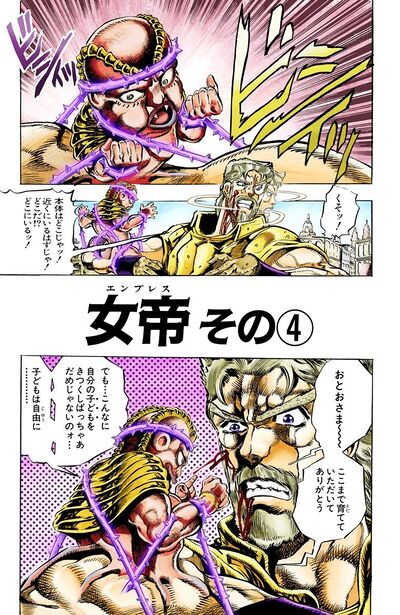 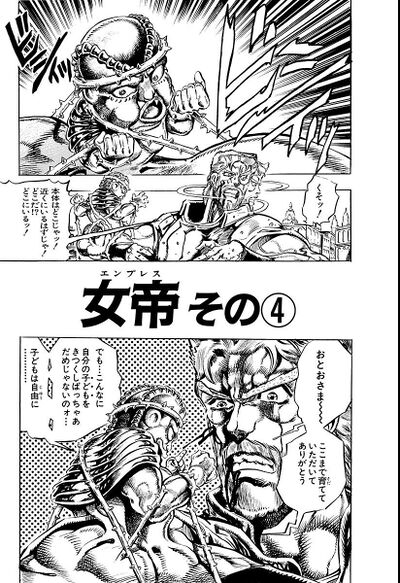 Empress, Part 4 ( その④, Enpuresu Sono 4), originally Battle Experience! (戦いの年季！, Tatakai no Nenki!) in the WSJ release, is the thirty-sixth chapter of Stardust Crusaders and the one hundred forty-ninth chapter of the JoJo's Bizarre Adventure manga.

Author's Note
“
All of the Koontz and Herbert novels I haven't read are piling up. I need to knock them all out for the New Year.
”
—Hirohiko Araki
“
クーンツやハーバートの未読の小説が、たまりにたまってる。正月はまとめて読むゾ
”
—Hirohiko Araki