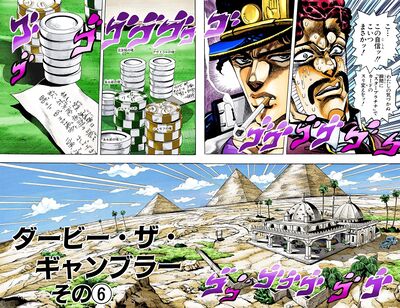 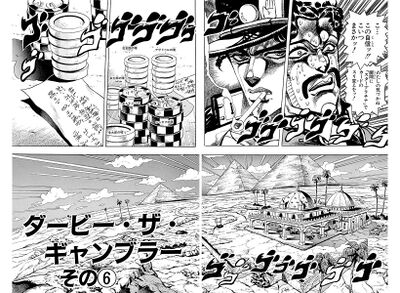 Author's Note
“
I have absolutely no schedule when it comes to Golden Week. Just trying to somehow take a vacation somewhere normal is proving difficult.
”
—Hirohiko Araki
“
に向けてスケジュール調整中。なんとか世間並に休みをとろうと、努力中です。
”
—Hirohiko Araki