Made in Heaven, Part 1 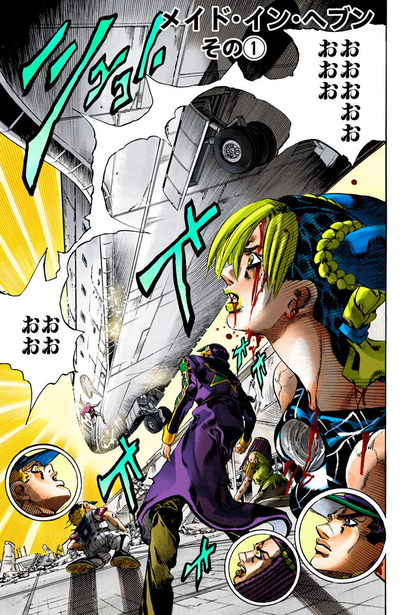 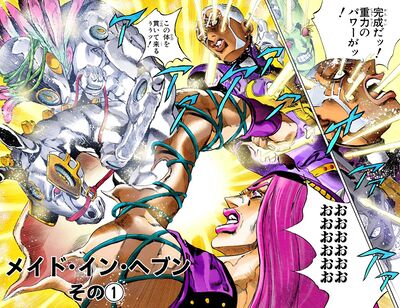 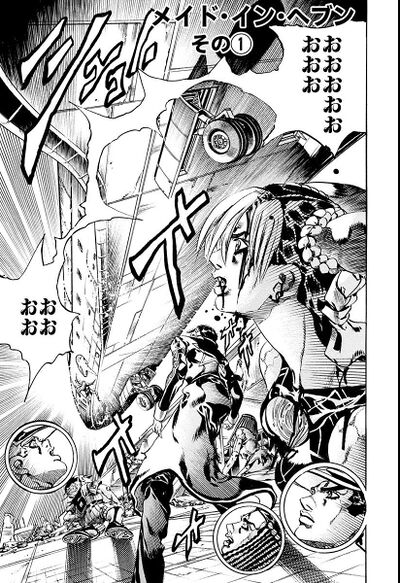 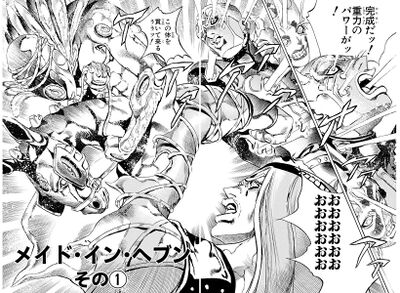 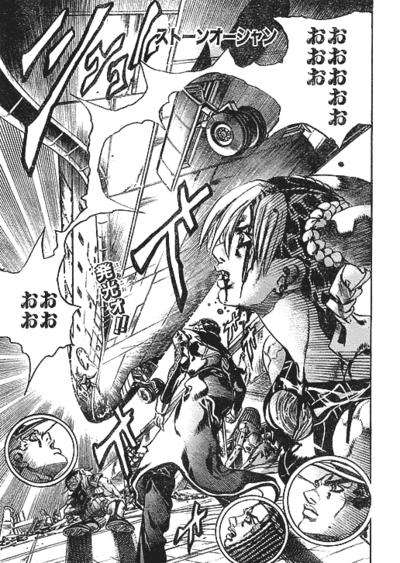 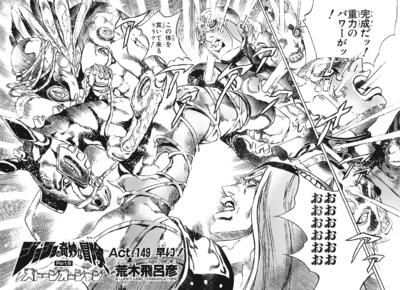 Made in Heaven, Part 1 (メイド・イン・ヘブン その①, Meido In Hebun Sono 1), originally It's Fast! (早い！, Hayai!) in the WSJ release, is the one hundred forty-ninth chapter of Stone Ocean and the seven hundred forty-third chapter of the JoJo's Bizarre Adventure manga.

In the shuttle, Pucci continues his transformation, feeling power invade his body. A new Stand, mix between a donkey and a humanoid rider, makes its apparition. Before Anasui can attack Pucci, a blinding light covers the whole space center.

Some time later, Jolyne wakes up, she and her companions unharmed while approaching helicopters confirm that gravity has returned to normal. Somehow, everyone was moved 200 meters from the shuttle, and the priest has disappeared. Jotaro can still sense Pucci though, and Ermes claims that Pucci is hiding, entering a building to protect herself from an incoming rain.

However, everyone finds themselves soaked, and the rain has already stopped. Suddenly, the automatic door of the building closes itself at a tremendous speed on Ermes. Dumbfounded, Ermes escapes with some difficulties due to the speed of the door. Jotaro now notices that he's dried off, and Anasui, trying to stop an unbalanced rock from falling on Ermes, realizes that it's already fallen. Jolyne, looking at the already setting sun, realizes that things are going way more rapidly than usual.

(1st full appearance)
Made in Heaven