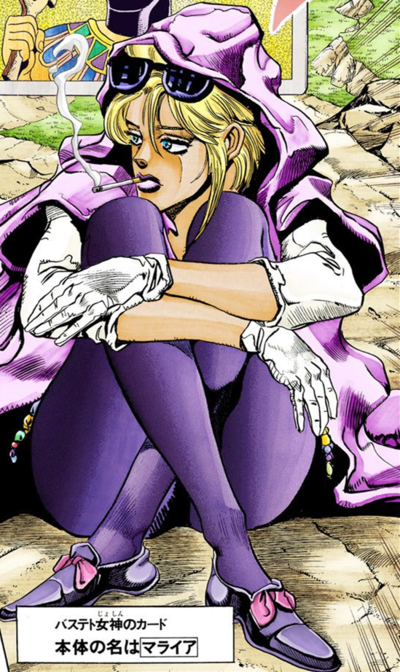 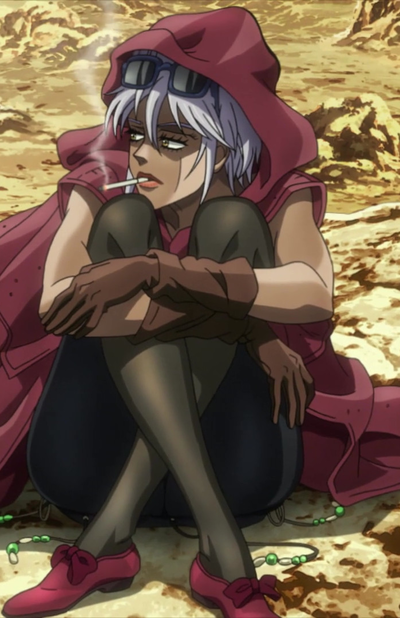 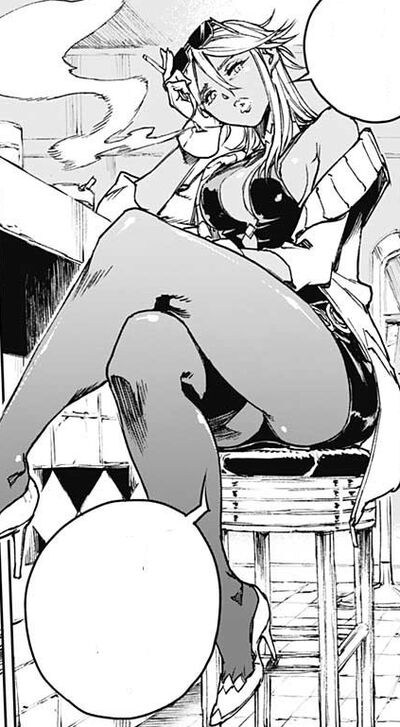 Mariah is one of the Egypt 9 Glory Gods. She separates the group in Luxor, and attempts to take out Joseph Joestar and Muhammad Avdol using her Stand, Bastet, while Alessi confronts the rest of the heroes.

In the spin-off Crazy Diamond's Demonic Heartbreak, Mariah's appearance and outfit have changed. Mariah has long hair, with two long bangs on each side of her face. She's kept her sunglasses and habit of smoking. She now wears a dark revealing and form fitting dress with a low cut that goes down to her abdomen and reveals most of her legs. She still wears a pantyhose and gloves. Moreover, she has a light colored coat which she wears loosely, revealing her shoulders. She has a choker and ankle rings made of interlaced lozenges and a belt made of large rings. Her high heels also have a lozenge decoration at the top.

Mariah comes off as a calm, cool-headed person. Like most Stand Users, Mariah has great confidence in her Bastet, notably in that everyone will eventually succumb to him given time. However, she easily loses her cool whenever things don't go according to plan; in such cases, she's been shown to contort her face and bite her lip comically out of frustration and anger. Mariah is quite devious and has worked out many ways in which she could render her power truly dangerous. Mariah keeps on her many metallic objects, from nuts and bolts to metallic wires, to use them as projectiles in a pinch or exploit the magnetism to tie up her targets into dangerous machinery. She's also adept at baiting her targets to dangerous locations such as train tracks or places under power lines so that she could expose them to deadly hazards.

Mariah has a bit of a sleazy streak. On occasions, she likes to talk suggestively, saying for instance that "You always want to touch what's off-limits". The few relationships she talks about have also centered on the men's appearance, revealing that she's also superficial. She notably complimented Joseph Joestar and confessed that she found him very attractive for a man his age and that, if he was a few decades younger, they would have been a great couple; she nonetheless tried to kill him without second thoughts because it would please DIO, whom she considered much more attractive.

She also has a very distinctive "Oho ho ho ho ho!" laugh, which she does when she has her opponents helplessly trapped in the magnetic power of her Stand.

In the spin-off Crazy Diamond's Demonic Heartbreak, Mariah is shown to have survived and tried to move on from DIO. However, she confesses that she still has nightmares of DIO ordering her to go defeat the Joestars while she can only grovel and say she is sorry. Even after ten years, Mariah cannot stop herself from calling DIO "Lord DIO" in her dreams and she is aware that DIO still has a grip on her mind. She also reveals that she wasn't aware or fully aware of DIO's atrocities and that it felt good for her to be at DIO's beck and call. It went to the point that even though Mariah thinks she was being controlled, she feels that she willingly submitted to him.

In the spin-off, Mariah has settled down with Kenny G.. She also has some friendship with Boingo, as she states that she wanted to "give Hol Horse a good beating" because he exploited Boingo back then. Finally, Mariah seems to entertain a difficult relationship with Hol Horse himself, tolerating his presence but not trusting him or liking him in the slightest.

In the spin-off, Mariah says that DIO didn't implant a flesh bud in her.

It is revealed that Mariah survived her ordeal and that the Speedwagon Foundation contacted her and then explained to her the magnitude of DIO's atrocities then apparently left her be. Ten years after the events of Stardust Crusaders, Mariah has settled down with Kenny G.. They have a hideout in the middle of Cairo, an abandoned bar camouflaged by Tenore Sax.

In March 1999, Hol Horse meets Mariah at her hideout. Mariah informs Hol Horse that the Oingo Boingo brothers want to see him, though Hol Horse is only interested in contacting Boingo. Mariah asks if Hol Horse still has nightmares of DIO, which he denies. However, Mariah points out the three wristwatches on Hol Horse and says that he's developed a superstition. She explains how she still has nightmares of the vampire on a regular basis and that a part of her is left unfulfilled without DIO's control. Hol Horse tries to console Mariah, but she suddenly gets angry when he calls DIO a conman and those who fall for a con "fools", taking it personally. She stomps on Hol Horse and summons Bastet which shocks Hol Horse. The cowboy is almost impaled by a dozen swords flying at him, but a door thankfully blocks them. Mariah calls off her attack, as she only wanted to teach Hol Horse a lesson for taking advantage of Boingo years ago, and lets Hol Horse and Boingo plan the next step of their mission. 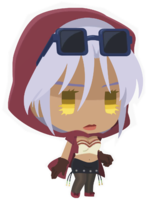 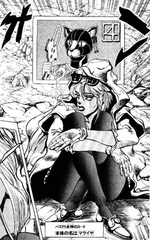