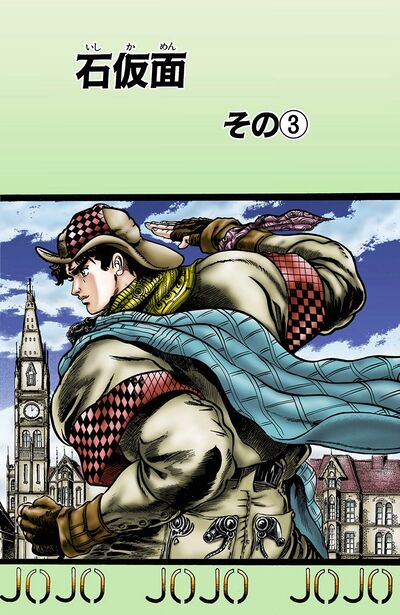 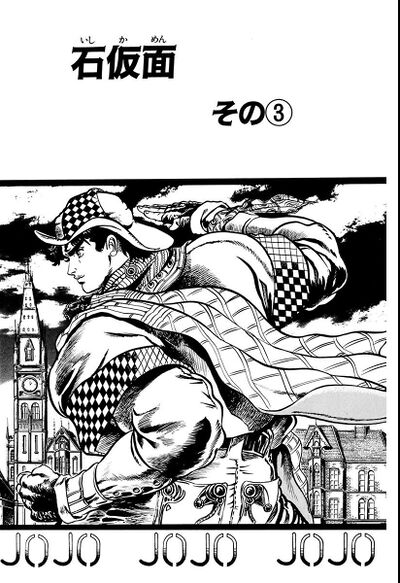 The man Dio put the Stone Mask on falls down after his head is impaled by the Mask's spikes and the brief light emitted from within it completely disappears. He appears dead, and Dio concludes that although Jonathan poured so much research into the Mask, it seems to be simply a tool used for torture and execution.

As Dio walks away, the bum gets back up and attacks him from behind. The man has grown fangs, and Dio attempts to retrieve his knife in order to defend himself. Dio's assailant extends his arm but Dio manages to take the dagger, cut the hand and the arm in two. Nonetheless, the undead's punch reaches a nearby wall which crumbles in a large crater around the point where the man's hand struck. Dio is thrown several meters back by the impact and realizes that although the man barely grazed him, he has broken his collarbone. He is amazed at how much power the man has, as well as the fact that he does not seem to feel any pain from his injured hand. The man approaches Dio and grabs him by the throat; his fingers slip underneath his skin and begin to suck on Dio's blood. The man remarks about his newfound thirst and his face begins to transform back into what he presumably looked like years ago. As the sun rises, Dio laments that it will be the last thing he will see before dying; however, the Vampire turns into dust as soon as the sunlight touches him and Dio is saved.

Meanwhile, Jonathan has returned to the Joestar Mansion with Speedwagon and the man who sold Dio the poison. He awaits the return of his foe and adopted brother.

(Death of one)
Vagrants