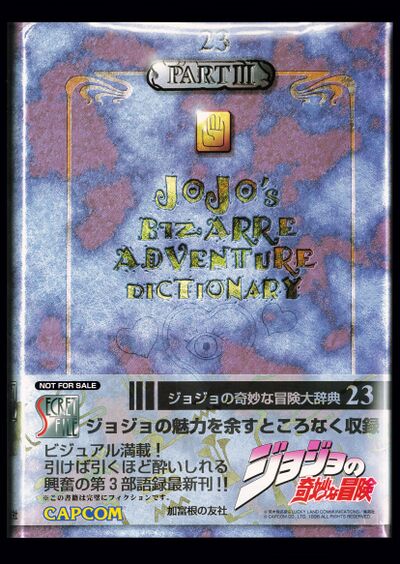 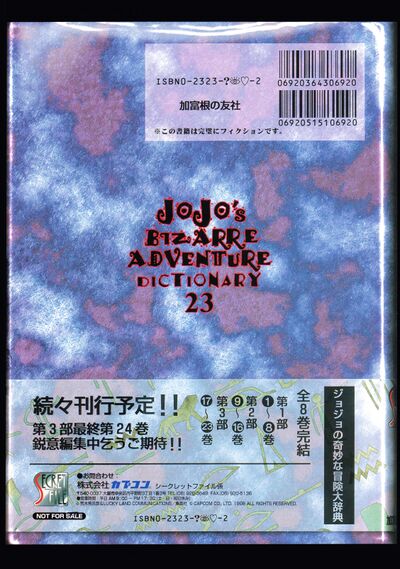 The booklet was sold at game centers across Japan, and at one point it was even being sold on Capcom's official website. Although there were reprints for the other 20 issues of Capcom's Secret File, this issue never received a reprint after its initial print. The reason for this is unknown.[2]

Much of the content in the booklet would later be used in subsequent versions of JoJo's Venture.