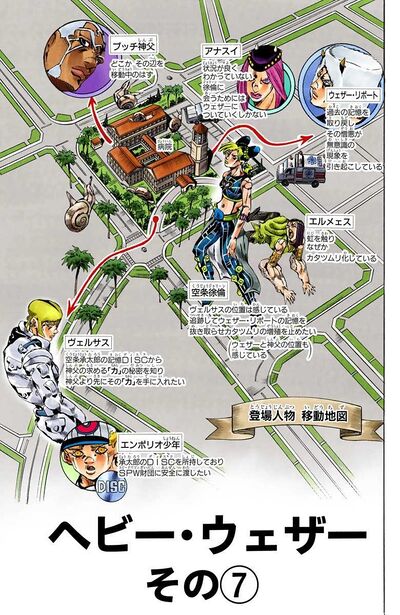 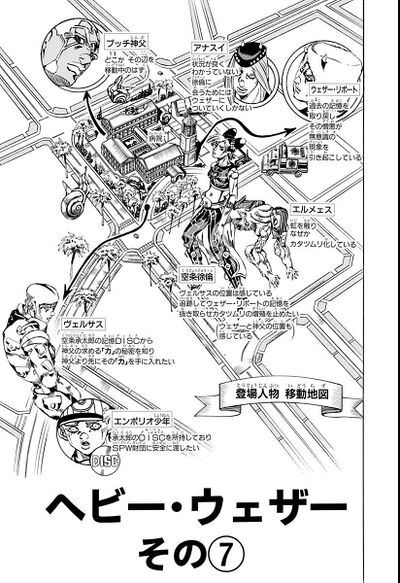 The snails outbreak begins to spread in the streets of Orlando. Versus tries to look for Emporio, figuring that Emporio must have had a laptop, but ignorant of his appearance, and seeing no one with a laptop, he unwittingly crosses path with Emporio. However Versus has the idea of digging up a memory of Jolyne calling for Emporio, and manages to discover the boy when he answers the phone. Donatello then proceeds to strong arm Emporio and tries to look for Jotaro's disc.

Meanwhile, Jolyne and Ermes managed to hijack the car. Although Ermes spots a suspiciously empty snail shell, she only throws it away. Soon Jolyne loses control of the car as her back transformed into a snail foot and her normal feet are too soft to push the brakes. The car crashes, fatefully near Versus and Emporio. At the same time, Ermes fully understands the implication of the empty shells she is seeing, and realizes that the snail's predators are in their car.