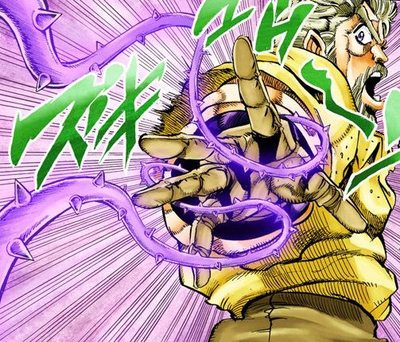 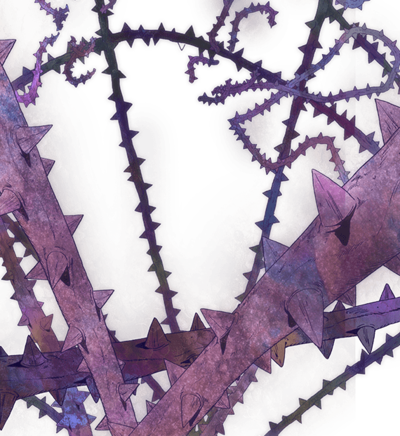 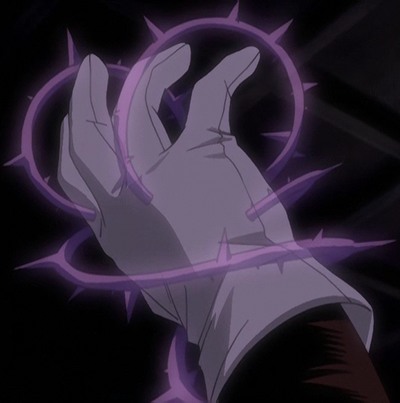 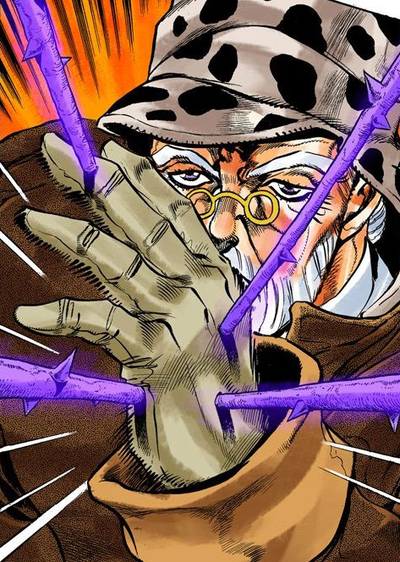 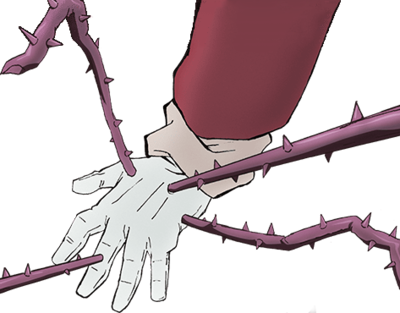 “
Did you see it? The thorns from my hand? That is my Stand! It can reveal faraway visions and place them on film. Of course, I gotta bust a 3,000 yen camera every time I use it...
”
—Joseph Joestar, Chapter 117 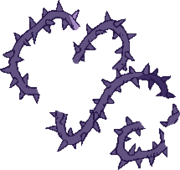 Hermit Purple represents the tarot card, The Hermit, which symbolizes introspection and contemplation, best represented in the Stand's powers of divination. 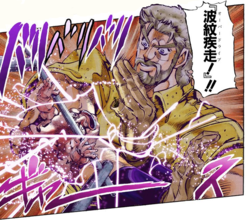 Joseph has shown the ability to transmit the Ripple through Hermit Purple as an extension of his body. Joseph utilizes this property of Hermit Purple to attack DIO[2] or prevent him from touching him by wrapping himself in it.[8] In the anime adaptation Joseph uses this ability to transmit the Ripple in the encounter with Steely Dan. When Lovers exits his brain, he uses his Ripple to kill all the growing flesh-buds.

Because Hermit Purple belonged to the previous part's protagonist, Hirohiko Araki decided not to make it combat-oriented nor have a humanoid appearance so it wouldn't stand out too much.[9] In fact, he wanted to make Joseph's ability fitting for his role as a navigator. He was inspired by both telephone lines or network cables and the fact that a guide would use "lines" that connect them across the world to receive information; therefore, he made the Stand's vines represent those "lines". Hermit Purple's color was chosen because, according to Araki, purple is a classy color and easy to make work with older characters. He figured that purple would work better with an old Joseph rather than someone younger.[10]

With Joseph returning in Part 3, Araki wondered about how to visualize the Ripple in terms of a Stand. The Ripple is life energy that spreads throughout the body, and Hermit Purple's vines are meant to be an explicit visual expression of such, by literally wrapping itself around Joseph's body.[10]