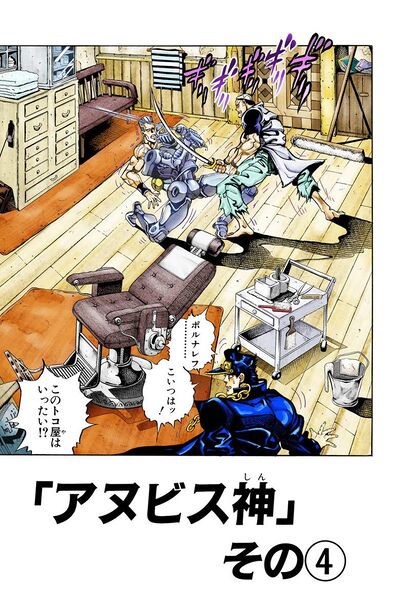 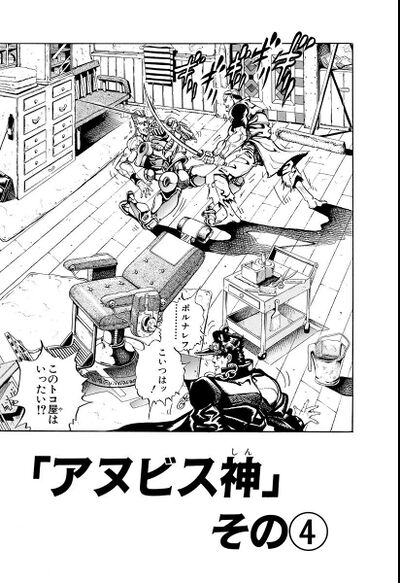 Anubis, Part 4 (「アヌビス神」その④, 'Anubisu-shin' Sono 4), originally Now I Know (たしかに憶えた, Tashika ni Oboeta) in the WSJ release, is the eighty-third chapter of Stardust Crusaders and the one hundred ninety-sixth chapter of the JoJo's Bizarre Adventure manga.