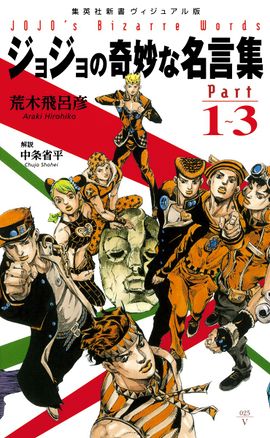 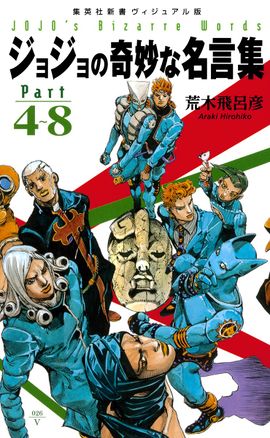 The set was released as part of the celebration of JoJo's Bizarre Adventure's 25th Anniversary. Volume 1 contains the quotes featured from parts 1-3, while the second volume has quotes from Part's 4-8.

The two books contain several colored pages of different manga panels found in different sections of the mangas. These manga panels are chosen based on the dialogue that is said in them.

The last portion of the books features a behind-the-scenes commentary from Hirohiko Araki and others, discussing the origins behind some dialogue and the overall writing process for the series.[1]