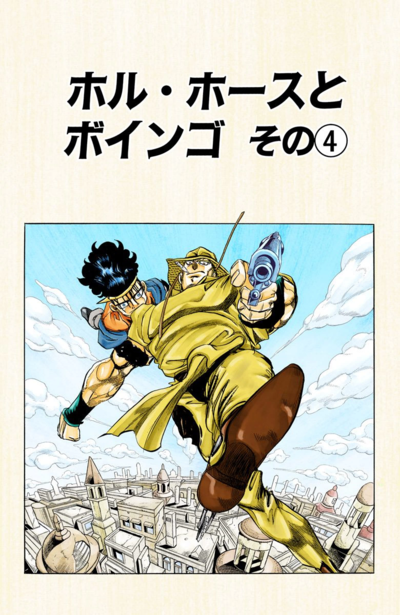 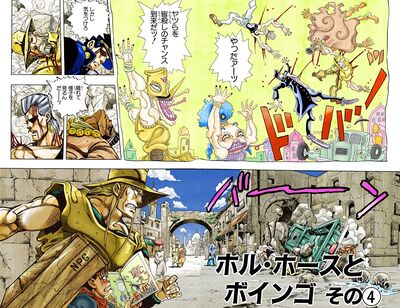 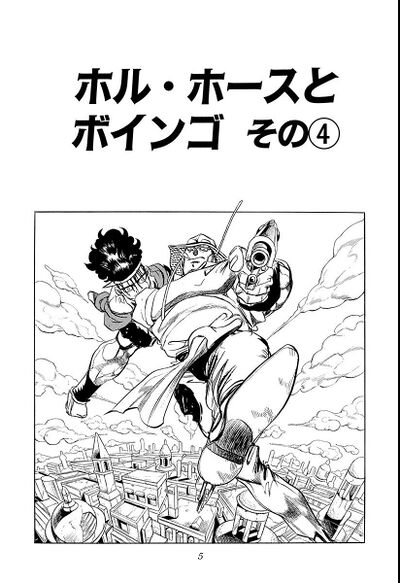 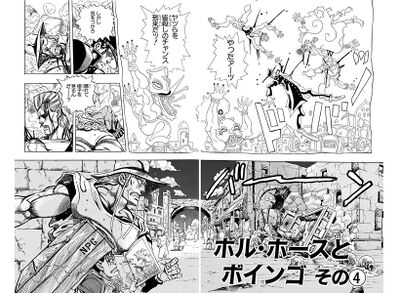 After following Tohth's prophecy, the Joestar group has all passed out. Hol Horse and Boingo decide to wait for the next prediction before taking action. Tohth states that Jotaro hasn't passed out, justifying Hol Horse's caution. Tohth tells them that Hol Horse will find two men working on pipes. If he shoots his bullets into the pipes at exactly midday they will come out the other end and go straight through Jotaro's head. Hol Horse fears that what happened to Oingo could happen again, but Boingo assures him that this prediction cannot be misinterpreted. Hol Horse approaches the working men and commands them to open the pipe. He tries to use Emperor to threaten them but forgets normal people can't see it. Hol Horse tries to bribe them with money but realizes that he forgot his wallet. Boingo pulls out some coins and drops all over the ground. Then an old lady brings the men some lunch, infuriating Hol Horse as he needs to shoot his bullets into the pipe by noon. Hol Horse eventually gets the men to open the pipe allowing him to fill it with bullets.