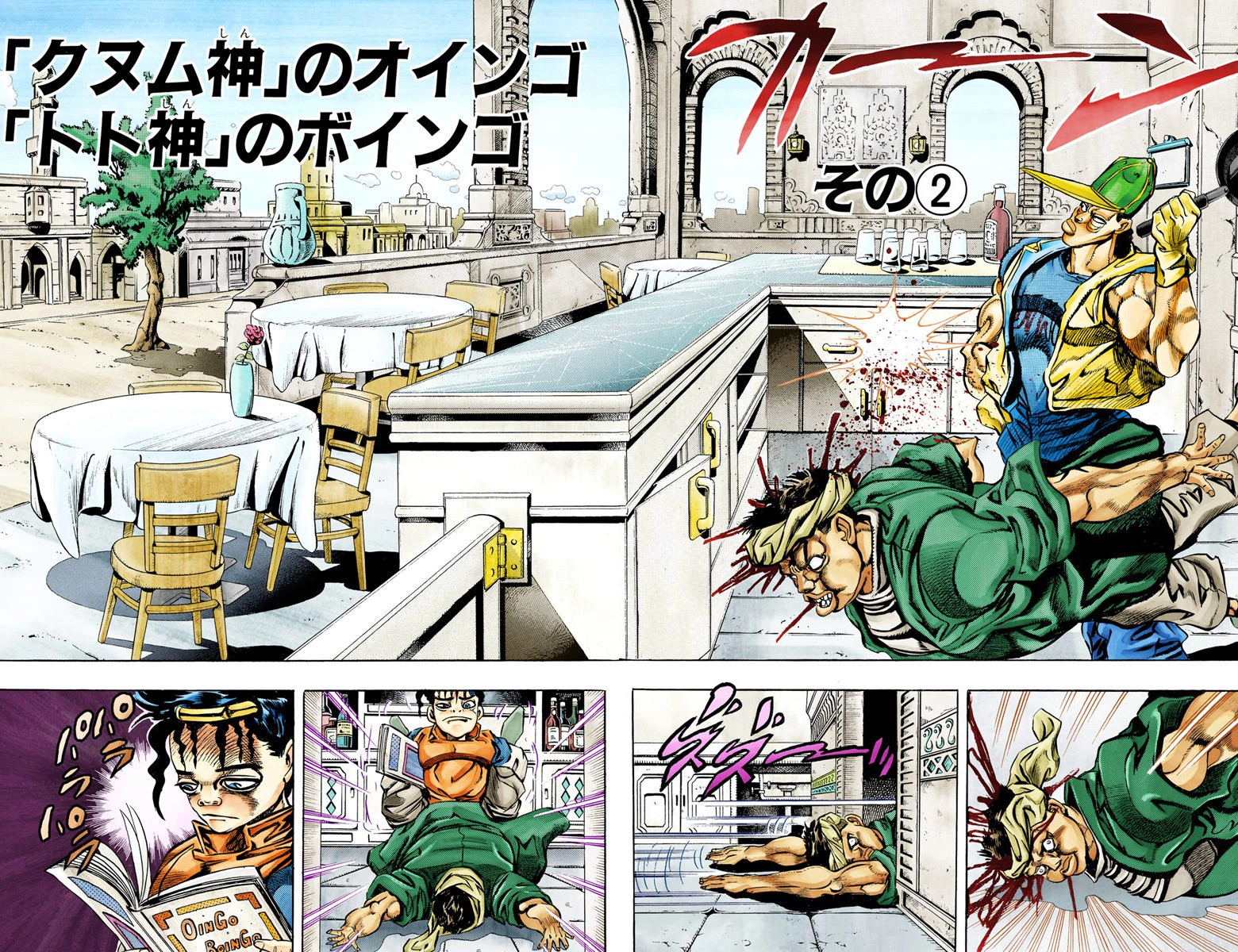 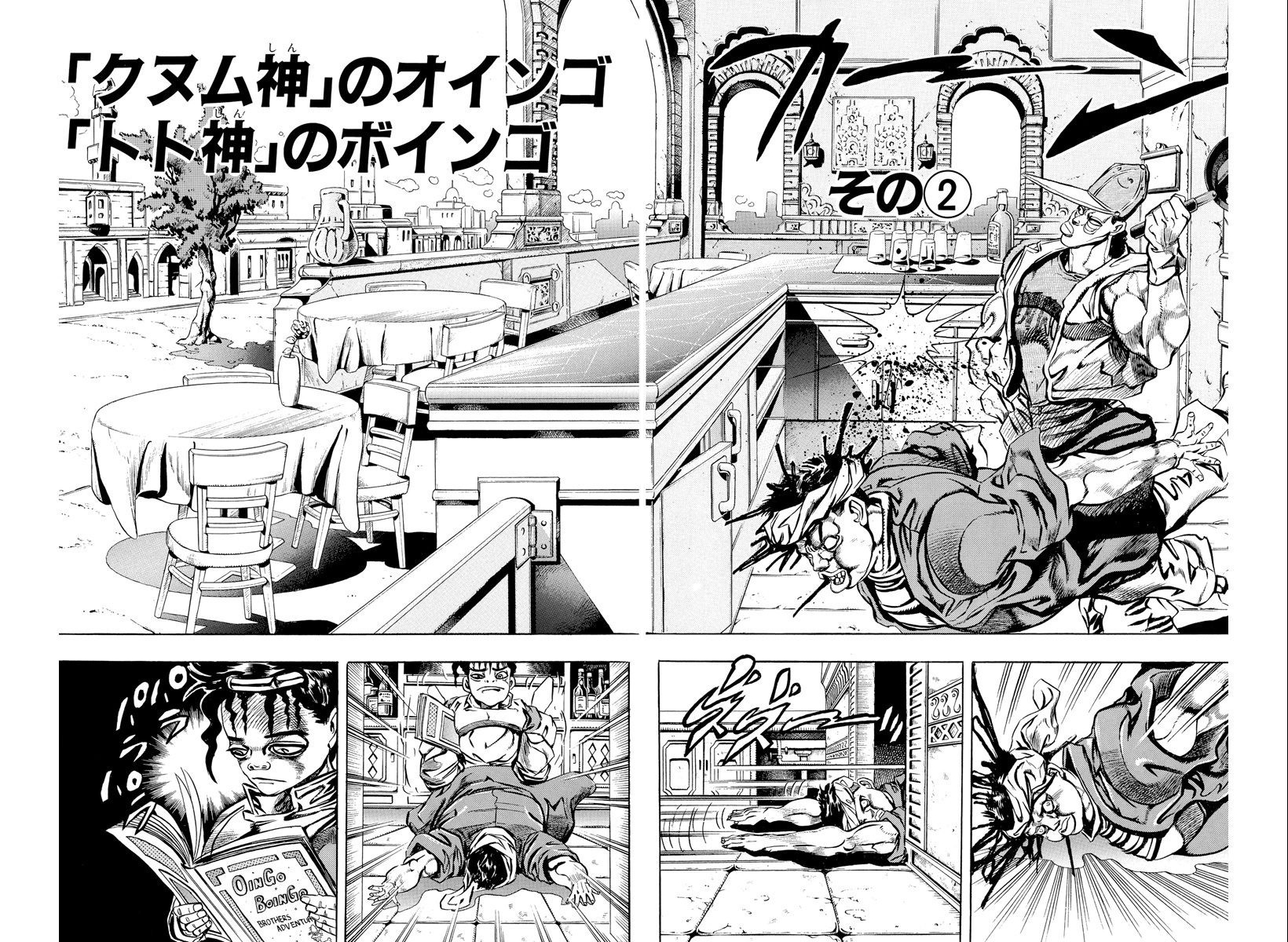 After reading Tohth's prophecy, Oingo and Boingo find a cafe and take out the staff so that they can poison the Joestar group's drinks. Jotaro, Joseph, and Polnareff enter the cafe, forced to wait in the city until Avdol's recovery. Oingo, pretending to be a waiter, approaches the three and asks for their order. Polnareff and Jotaro try to order teas, but Joseph stops them saying that it would be easy for an enemy to poison their drinks and ambush them so they decide to drink from bottles and cans. Instead, to Oingo's dismay, the three order Cokes

. Oingo reluctantly gives them bottles of Coke but reassures himself knowing that Tohth's predictions are never wrong. However, suddenly a customer yells to Oingo that his Coke is warm, causing Joseph to second guess getting Cokes instead of tea. Polnareff says he's worrying too much and suggests going to another cafe to ease his nerves. However the cafe he suggests going to suddenly bursts into flames due to some fool dropping a lit cigarette on the ground. In the end, the three order some tea. When it comes, the three begin drinking the poison tea but spit it out when Iggy causes a disturbance with some other customers. Iggy quickly flees and the three chase after him. Oingo and Boingo, upset over their failure, wait for the next prediction. As Oingo and Boingo follow the Joestars they see a guy whose looks piss them off. Despite not having done anything wrong, Oingo beats the man up and takes his wallet. Finally, the next prophecy arrives, foretelling that Oingo will put a bomb disguised as an orange in the Joestar group's car, and it will detonate causing Jotaro's face to split in two.