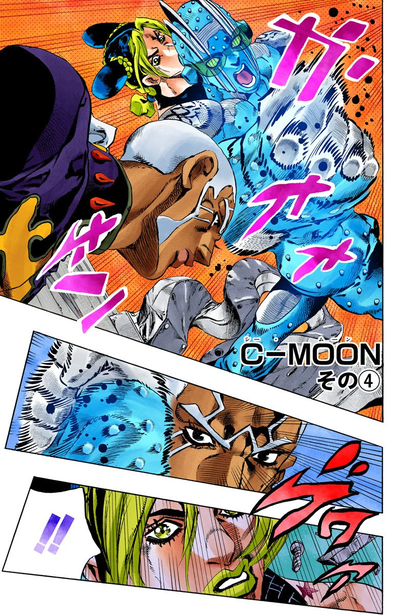 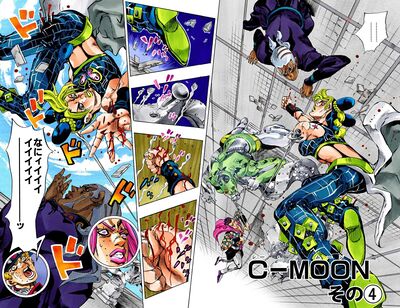 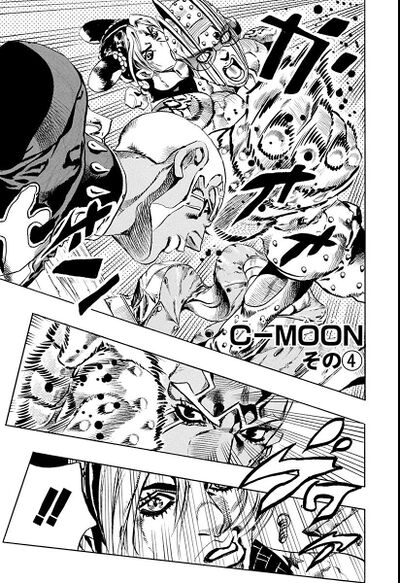 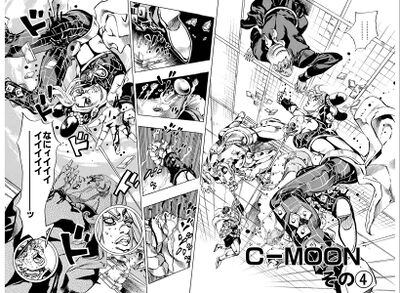 Jolyne uses Stone Free to strike at Pucci, but the priest doesn't budge. Jolyne finds herself floating away from Pucci, who explains that he is the center of the new gravity, meaning that the moment she jumped to close up on him, she was bound to fall away from him. Jolyne is now helpless, and Pucci commands C-Moon to precisely hit Jolyne's vital organs. C-Moon punches Jolyne in the gut, a fatal wound. As the priest heads back inside the Space center, Jolyne's string disintegrates, her body begins to turn inside out, and begins to fall away, immobile.

Emporio and Anasui, distraught by Jolyne's apparent death, don't even think of stopping Pucci, the latter pondering what will happen next. However, Pucci suddenly turns his head back, observing the horizon. Emporio receives a message from Jotaro Kujo. Jotaro announces that he feels his daughter is in danger, but still alive. Emporio warns Anasui to go look for Jolyne as Pucci too senses that his archenemy is still breathing and goes on the move.

Anasui then decides to confront the priest and kill him to properly protect Jolyne.